Last week, the ITV soap revealed its latest addition to the iconic set, The Weatherfield Precinct.

The new precinct is open for business

It sees the addition of a playground, a charity shop, an ice cream parlour and maisonettes waiting to be lived in.

Viewers will get their first look at the Precinct on 12th January 2023, where members of the cast finally stepping foot on the set.

The maisonettes will be giving room for new people to live in.

Iain told the press: “With every outside space that we have got, if we want to build a set for the inside space has to go in the inside studio somewhere.

“That studio is full to bursting but instantly when it first started arriving we were thinking ‘oh that character can live there, or that person runs away from their partner they can hide there’.

“So yes we are definitely already looking in terms of the residential spaces as to who might move in there at some point.”

Iain added how pleased he is with the new set saying: “It is exactly how I envisioned it.

“The design team and I spent a long time looking at photographs and the real-life precincts that are out there, we really nailed down what architectural period we wanted it to be.

“We wanted to feel very Salford and earthy and gritty, the sort of place where you might go in the daytime and buy an ice cream but might not want to go down there after dark because it’s full of kids and things like that.

“Really fun bits, the kid’s playground, an ice cream shop, a charity shop which is going to generate some stories for us in the not-too-distant future.

“But it has also got the doom which is where all the bad stuff happens, criminal assignation and all the rest of it so, it has got a little bit of everything.

“I went round it yesterday and I was thrilled to pieces with it I have to say, I became inarticulate.

“One of the head designers was there and all I could say was ‘I love it’. It is so great and the attention to detail, I am thrilled to bits.”

Head of Design Rosie Mullins shared with the Mirror: “Back in 2013 Coronation Street moved into its new home at Media City.

“With this move came exciting potential to continue to develop and expand our Weatherfield Community onsite.

“Weatherfield Precinct was inspired by the 1960s shopping precincts that we see across many areas of the UK.

“I wanted there to be aspects of the Precinct that people from all walks of live identify with.

There is a new playground for the children of the street 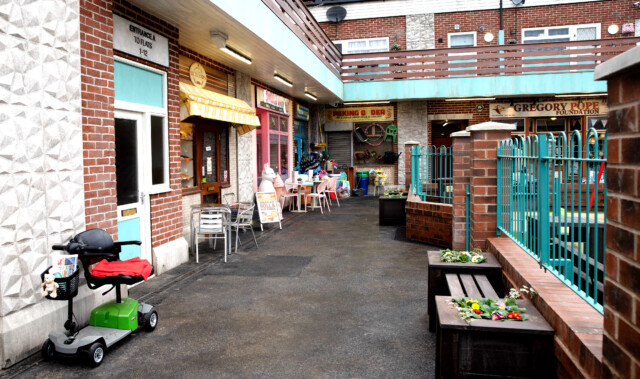 It features a collection of shops 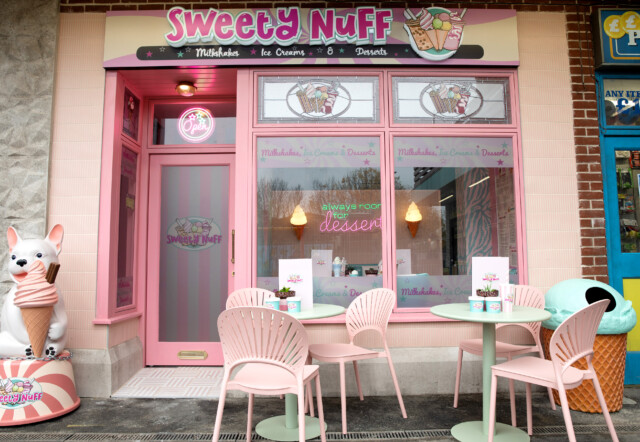 A new dessert cafe looks like the place to be

Did you miss our previous article…
https://hellofaread.com/soap-opera/eastenders-fans-slam-characters-fake-tears-over-dot-cottons-death-as-the-predict-ruthless-inheritance-plot/