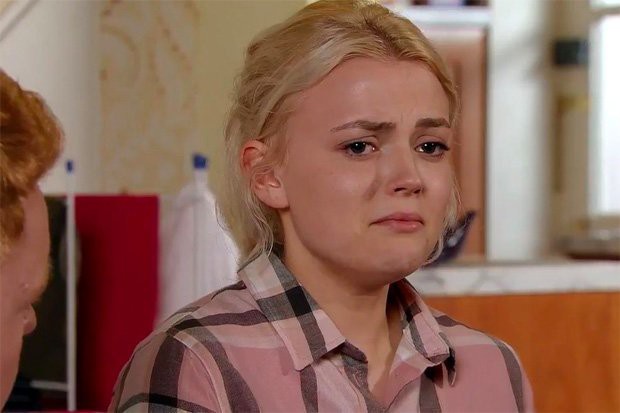 CORONATION Street bosses are concerned about another exodus of stars after revealing they will be airing a live episode to celebrate the soaps 60th anniversary.

Seven stars quit the Cobbles this year but they fear more departures are on the way as the clock ticks towards next years milestone episode.

A source told Sun Online: “The make-up of the show has changed.

“Yes, there are still some great actors but there are many other lightweights who come in and struggle to deliver.

“A few of the cast are pretty weak and in front of a live camera theyll be found out and they know that.

“There are already some pretty worried people because Ive heard them talking about ‘the live’ and in the same sentence they add ‘if Im still around’.

“So there will be a few bottle jobs before the live episode comes around. Some will ask to leave and some will even ask not to take part.

“It’s not great. Its a bit like a football player not wanting to play in the FA Cup Final.”

The live episode will celebrate the anniversary of the worlds longest-running TV soap which was first screened on Monday, 9 December 1960 at 7pm.

Connie Hyde was third to go

But one star, who won’t baulk at the pressure, is acclaimed actor Jack P. Shepherd, who celebrated the news by saying: “A live, were doing a live!

“I love em. A lot of the cast dont. A lot of them do get petrified which is understandable. I like the buzz of it.

“Its really nice being on one of them, because everybody really gets an input, and feels part of it, much more than the day to day stuff.

The night is amazing, with hundreds of people involved, and the after-party. So yeah I like doing them. Ive done three now. I was the first person on screen in the 40th one. I was kicking a ball.

Coronation Street was originally only commissioned for 13 episodes and one critic said it wouldnt last three weeks but the public loved it.

The Monday night episodes were broadcast live with Wednesdays helping recorded 15 minutes after the first slot had ended.

Ken Barlow star Bill Roache is the only remaining member of the original cast, which makes him the longest-serving actor in Coronation Street, and in British and global soap history.

Boris Johnson ramps up plans for 20bn bridge between Scotland and Northern Ireland to...