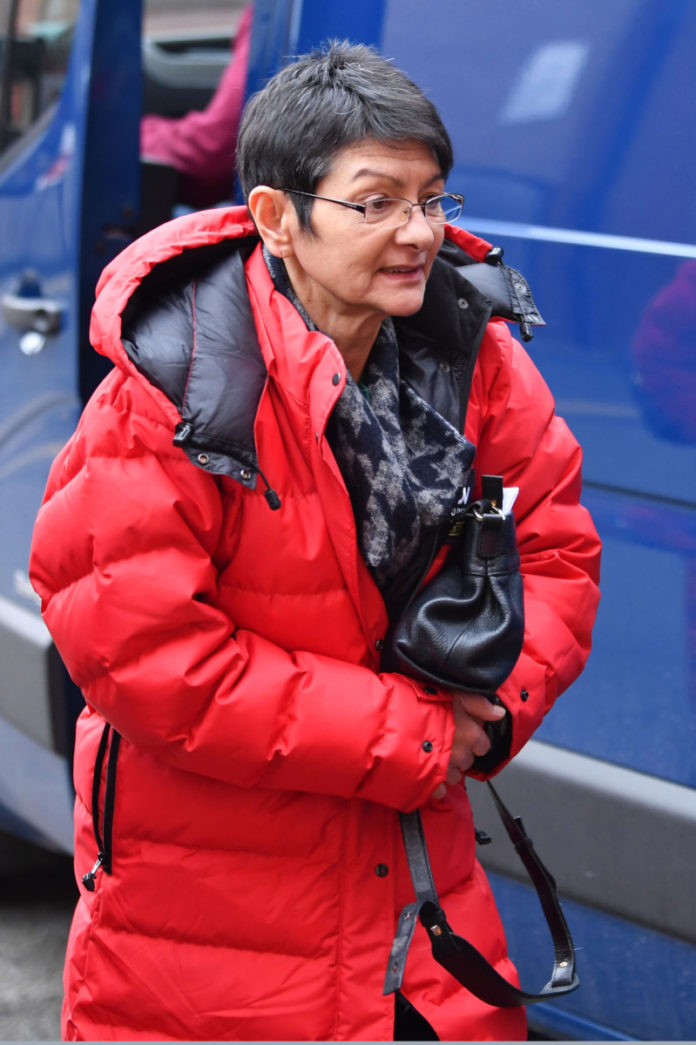 CORONATION Street’s Shelley King was spotted arriving at court to film explosive scenes after her character Yasmeen is accused of trying to kill her abusive husband Geoff.

Her storyline is set to take a dramatic turn on the ITV soap this week after she bottles Geoff in self defence.

The photos show Shelley, who is wrapped up in an oversized red puffer, alongside co- stars Sally Dynevor and Sair Khan.

The trio appear in good spirits as they eagerly await for filming to commence. Lawyer Imran was spotted on set Actress Ellie is involved in the upcoming scenes Geoff will be left for dead after Yasmeen defends herself

Corrie fans will know poor Yasmeen has been suffering horrific abuse at the hands of her husband Geoff for over a year.

Viewers have been left horrified by Geoff’s increasingly controlling behaviour as the chef has become embroiled in the soap’s hard-hitting coercive control storyline.

At the end of last year, viewers were shocked when Geoff forced Yasmeen to bin all of her clothes and spend her time cleaning the house.

Since then, the bully has ramped up his abuse and started controlling what Yasmeen eats, the money she spends and the people she socialises with, while spending his own time hiring prostitutes behind her back.

And later this week, Geoff attacks Yasmeen with a knife after starving her and forcing her to wear a prostitute’s clothes.

However, she reacts in the moment and hits him with the wine bottle slashing his neck.

But what’s next for poor Yasmeen?

Did you miss our previous article…
https://www.hellofaread.com/soap-opera/eastenders-maisie-smith-recreates-adorable-childhood-photo-with-her-dad/

I’ll back the Tory candidate who grows our Army and invests in defence, Ben...

Schools ban singing & stop parents coming past gates as they reopen in Northern...