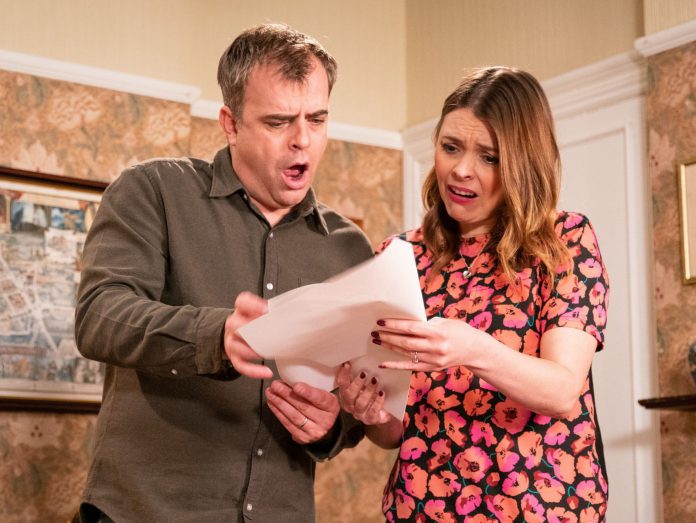 CORONATION Street families are set to go to war in the soap’s darkest storyline yet.

Horror is on the cards for Weatherfield residents in spring as current show boss Iain MacLeod revealed families will be torn apart.

An upcoming storyline will set into motion a chain of events that will pit families against each other – and result in a monumental exit.

Iain told Metro.co.uk: “In the early spring time, there is a huge new story which I cant say too much more about at this stage if youll forgive me for being cryptic but having re-established Steve and Tracys relationship on its strongest footing, something will happen that probably has the most far-reaching impact of any story weve done since Ive been on the show, and I include both stints.

“Something horrifically difficult and challenging will happen that draws in 3-4 different clans on the Street and forces them to deal with the hardest thing anyone would ever had to deal with.

“That will begin on screen, you might not know what it is at first, around March/April, and that will play out over the spring and into the summer.”

The McDonald’s will be at the forefront of the scandal

Is trouble on the horizon for Liz?

Despite not disclosing who would be directly affected, Iain did hint the McDonald clan will be at the forefront.

He added: “Its a long way off yet, but the idea is that its a result of this story Im hinting at for Steve and Tracy and the big clans at war story we are telling.

“It will arise from that and, at the moment and again its only in its embryonic stages the idea is that Liz is attempting to do something heroic for her son that will probably go slightly wrong in a way that it will corrupt her relationship with Steve and shell have some making up to do but ultimately determine that the best place for her is not in Weatherfield because she and Steve are upsetting each other.

Will Peter and Simon be involved in the drama?

“We want it to be big and heroic and befitting of a character of that long-standing in the show and shes a tough woman Liz McDonald so we wanted to do something that was reflective of that rather than anything where she sort of goes out on a low ebb.”

Nevertheless, Iain insists Liz won’t just be “killed off” after serving 30 years on the ITV soap.

He added: “Its still in the planning stages but a lot about of what Bev said in her interview about shes going out with a bang and were certainly not killing her off, all of that is true. But in terms of the detail of it, TBC, but it will be some heroic effort to save Steve from the nightmare in which he finds himself.”

Corrieviewers were surprised asTracy and Paulagot together on New Years Eve after Steve wiggled his way out of taking Tracy to a gig and she drowned her sorrows in the Rovers.

Paula seduced Tracy, who was mortified to then wake up the next day and realise shed cheated on Steve.