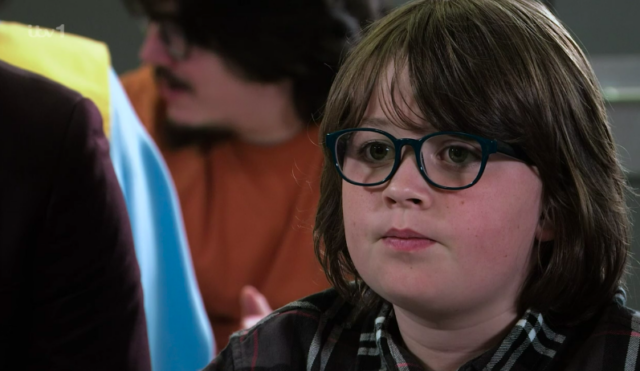 CORONATION Street fans have all had the same reaction after Sam Blakeman destroyed his mum’s killer Harvey Gaskell.

The schoolboy – who is played by actor Jude Riordan in the ITV soap – confronted Harvey in a restorative justice meeting in tonight’s episode.

The meeting resulted in Harvey crying in his cell

The drug dealer thought he was killing Leanne Battersby after she put an end to his drug dealing gang.

However he shot Natasha, and Leanne ensured he went to prison.

Sam stopped talking after his mum’s death, and he has struggled to cope with all the questions he has about.

Having decided to confront Harvey, Sam began writing him letters and set about convincing his dad Nick to let him.

Tonight they finally came face to face – and Sam wiped the floor with the murderer.

As Harvey tried to put up a front, Sam calmly questioned him about why he killed his mum.

He asked about Harvey’s own mother, and asked if she would have been proud of his choices.

“Would she have approved of your life?” he asked Harvey.

Harvey defended his late mum, who had died from cancer, but Sam pointed out the similarities between his mum – and it was too much for Harvey.

He ran out of the room, telling Sam that he was done with him and didn’t want to hear from him again.

At the end of the episode Harvey broke down in his cell – Sam’s word breaking through his barriers.

Viewers are all saying the same thing about Sam and Harvey’s confrontation.

One wrote: “Wow. How brave is Sam? Anyone else in bits? That was phenomenal.”

Another added: “Sam just broke through to Harvey and Harvey didn’t like the result. A grown man running away all scared.” 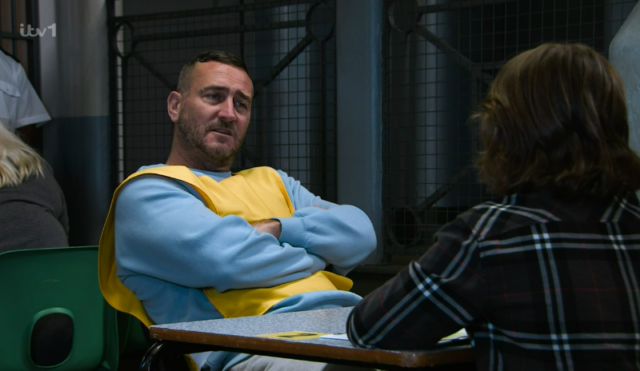 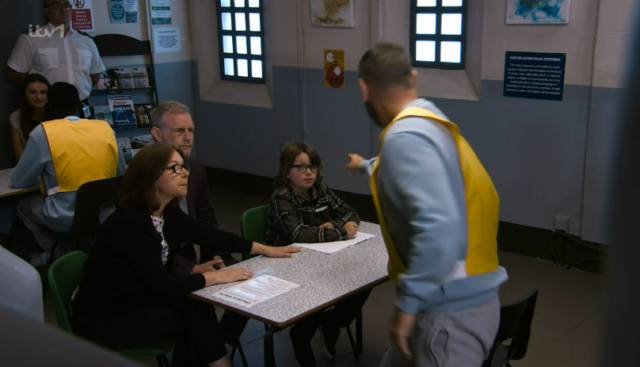 He stormed out and could not handle the confrontation
Did you miss our previous article…
https://hellofaread.com/soap-opera/emmerdale-heartbreak-as-couple-call-time-on-their-marriage/

Flood-ravaged communities will get a £5.2BILLION windfall in Wednesday’s Budget