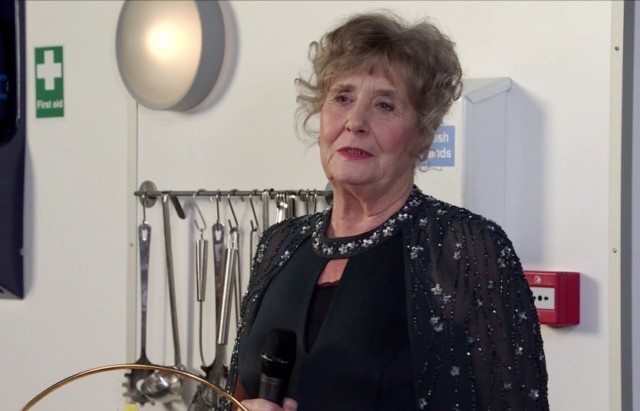 The machinist – played by Jennie McAlpine in the ITV soap – was pushed to boiling point earlier this week after she clashed with her potential mother-in-law.

Fiz has found love again after her split from ex Tyrone when she found out he was having an affair with Alina Pop.

The redhead started dating Phill last month after meeting on a dating app.

Things are already moving quite quickly as later this week the antiques dealer says that he’s welcome to move in with her.

Phill decides that it’s the perfect time for Fiz to meet his mum, but Fiz is left shocked at how posh she is.

Later on Mimi offers to organise her son a surprise birthday party and it all gets too much for Fiz to cope with.

But the pair clashed after Fiz walked in on the pair talking about the big bash.

They take it one step too far when they mention that they want Fiz’s daughters Hope and Ruby to wear what they’ve picked out for them.

The machinist headed off to the market and drowned her sorrows.

But a smile is soon put back on her face when Tyrone explains to her that Phill has organised a festive getaway for her and the girls.

Fiz thinks it’s the perfect opportunity for her to make her opinions known about Mimi to Phill.

However, fans were too distracted by new character Mimi and were left comparing her to Hyacinth Bouquet from hit sitcom Keeping Up Appearances.

The 90s series, which ran from 1990 to 1995, follows highly-strung social climber Hyacinth Bucket and her long-suffering husband as she attempts to appear posher than she actually is.

Another posted: “Mimi is Hyacinth Bucket re-imagined, isn’t she? #Corrie.”

“Mimi would give Hyacinth Bucket a run for her money #corrie,” a third shared.

Some fans are desperate to see Mimi and Tyrone’s grandmother Evelyn Plummer go to war.

One commented: “Is Mimi supposed to be Hyacinth Bucket or Dame Edna? Not sure when Evelyn is coming back, but I expect a scrap! #Corrie.”

“Mimi Vs Evelyn please make this happen that would be brilliant #Corrie,” another posted. Phill invited his mum Mimi over to meet Fiz Fiz was pushed to boiling point earlier this week

Royals ‘agree rota to visit the Queen ahead of her birthday’ as monarch grieves...

Hugging and kissing allowed from May 17 — as Boris Johnson reveals Britain is...

Ex-British intelligence officers say Jeremy Corbyn is at the centre of a hard-left extremist...

Meghan Markle recycles 29 dress she wore when pregnant with Archie as she attends...