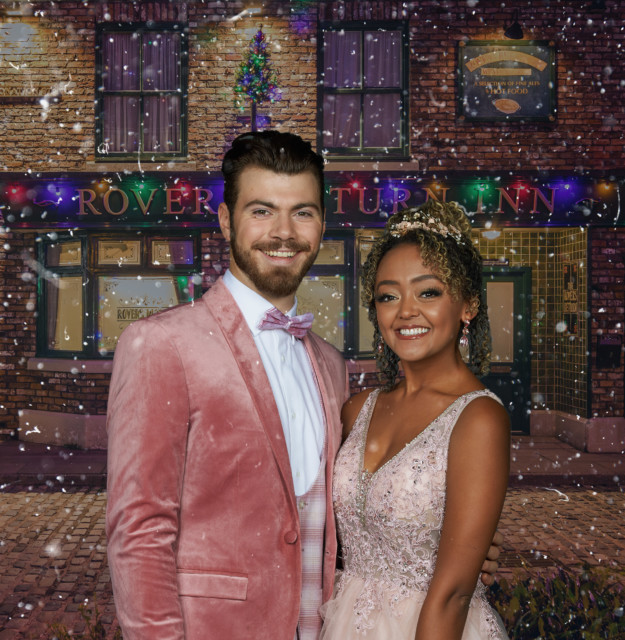 CORONATION Street fans were all speechless during Emma Brooker’s wedding day episode and all said the same thing.

The hairdresser – who is played by actress Alexandra Mardell in the ITV soap – was set to wed Curtis Delamere on Monday’s episode of Corrie.

She looked a dream in her trademark pink but was left in tears as her dad Steve accused him of stealing £100,000 from Oliver’s charity.

While Emma was left devastated and Curtis hauled down to the police, Corrie fans couldn’t help but draw comparisons to her mum Fiona Middleton.

Angela Griffin first appeared as Fiona in 1992 before leaving again in 1998, but during that time also had a very dramatic near wedding.

Much like her daughter, Fiona was set to marry a man named Alan but he left her at the altar when he was wrongly told their son Morgan was not his biological son.

On Monday’s episode of Corrie, Emma is convinced to leave Curtis who has lied to her before and the soap favourite sat at the altar contemplating what to do.

Fiona made a brief return to the Cobbles in 2019 when appeared via Skype from Australia, where Fiona now lives, to speak to her daughter Emma (Alexandra Mardell).

It was revealed this summer that Emma’s biological dad was in fact Steve McDonald, Fiona’s former lover.

Corrie fans were heartbroken for Emma after tonight’s episode after dad Steve lied to her about Curtis.

She called off her wedding after Curtis’ factitious disorder was exposed and Oliver’s fund went missing.

Steve had given Curtis his bank details to transfer the £100,000 to the charity.

But instead the money didn’t arrive – and Steve decided to tell Emma that Curtis had stolen it.

However there was a twist coming.

Telling him he had lied to her about too much, she ended things for good telling him to pack up and leave.

But as Emma made her decision about Curtis over the money – Steve received a phone call.

Answering it, he got some shocking news.

But when given the opportunity to tell Emma the truth, Steve just stayed silent. Emma called off her wedding after she mistakenly thought Curtis had stolen £100,000 from Oliver’s charity Prince Harry hints at LEAVING the US as he says home ‘for the time...

EastEnders fans all saying the same thing after Janine’s daughter Scarlett confronts her about...