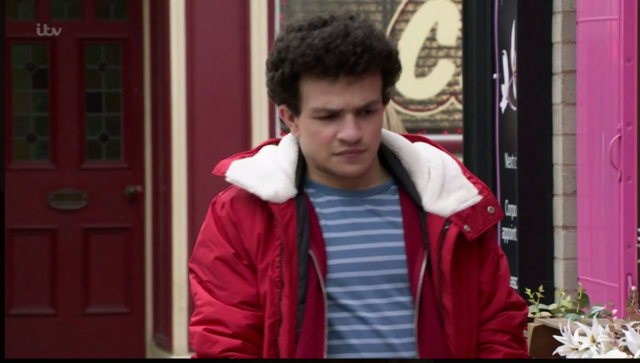 CORONATION Street fans are convinced Simon Barlow is responsible for attacking Adam Barlow after he behaved shiftily in tonight’s episode.

The solicitor – who is played by actor Sam Robertson in the ITV soap – was left for dead in a brutal attack in the Bistro.

But fans are convinced there will now be a shock – and Peter’s son Simon will be revealed as the attacker.

On the night Adam was attacked, Simon was enraged and it wasn’t shown where he was.

Tonight he was caught trying to dump red paint in the bin – the same red paint used to paint abuse on Adam’s office door. And he reacted strangely when he was asked how he was doing by Mary.

“He didn’t try and kill him!” he insisted to Shona after she asked about Peter’s actions. Some fans think his own wife, Sarah Platt, is the attacker

And later Peter approached him and Simon told him he knew he didn’t attack Adam but only muttered something about knowing he wouldn’t do that as justification.

Fans are convinced that Simon was ultimately responsible for attacking Adam. Or could it be his own uncle who is angry that Adam had an affair with his wife?

Another added: “I have been thinking from the beginning that Simon attacked Adam. The usual suspects like Gary, Sarah, Carla and Peter would be too obvious.”

Did you miss our previous article…
https://www.hellofaread.com/soap-opera/my-sexy-scott-became-a-pathetic-coke-addict-because-of-me-said-barbara-windsor/

Im A Celebs Jacqueline Jossa and Kate Garraway break down in tears as they...

Coronation Street’s Kym Marsh gets lump in her armpit checked out after fans shared...