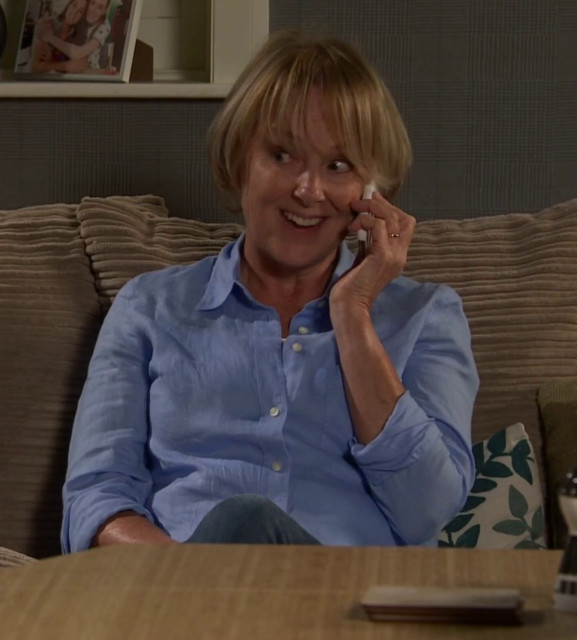 CORONATION Street fans are terrified that Sally Metcalfe is on the brink of leaving the soap after 34 years.

Viewers feared the character, played by Sally Dyvenor, was bowing out after she put her house up for sale to escape scheming father-in-law Geoff.

Poor Sally was pressed into the decision as Geoff continued to make her life a hell, after his abuse of long-suffering wife Yasmeen was revealed.

Friday night’s episode saw Sally excitedly receiving an offer for the house – before the place was even listed.

Not realising the was being duped by Debbie Webster, she she prepared to sell up and leave the cobbles. The decision to put the house up for sale came after Debbie Webster pressed her into selling up.

But what Sally didn’t know is that the character, played by Sue Devaney, is working with evil Ray Crosby to buy up all of Coronation Street’s houses.

Ian Bartholew’s Geoff wrecked Sally and Tim’s garden party earlier in the week by destroying their garden with a spade – prompting the move.

But one viewer fumed: “Debbie is such a manipulator! I hope Sally changes her mind about selling the house!”

One other wrote: “I could smack that Debbie into next week. Why isn’t Sally suspicious?”

Lucy Fallon sells her clothes online after admitting she has no work after quitting...

Amanda Holden’s daughter Lexi, 14, dances on the ROOF of their Surrey mansion for...

EastEnders spoilers: Stuart gets life changing news as he prepares for Avery’s funeral; plus...

EastEnders fans fear Mick and Linda will split as he dodges sex by pretending...