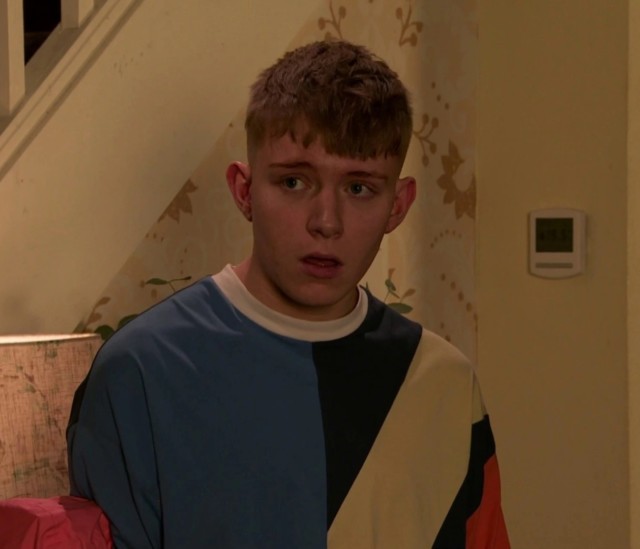 The teenager – who is played by actor Paddy Bever in the ITV soap – confessed to teacher Daniel Osborne that he accidentally spiked Amy Barlow.

The troubled youngster has been targeting Daniel for the past few months – he accused the English teacher of having an underage relationship with Summer Spellman and recently broke in and trashed his flat.

On Monday’s episode, Shona demanded that that Max apologised to Daniel for his recent behaviour.

Later on in Roys Rolls, the tearaway draws a line with Daniel and tells him that David wants him to go back to school, despite David objecting to Max returning until the person who spiked Amy was caught.

A suspicious Daniel then started fishing and asked Steve McDonald if any footage had been recovered from Max’s camera.

But Steve told him that Max’s SD card wasn’t working and there was no video evidence from the night in question.

Daniel was convinced that Max was hiding something and popped round to the Platt’s to get some answers.

The schoolboy then tripped himself up on his lies when he told Daniel that the SD card was wiped but earlier had said it had never recorded.

Threatening to call the police, Max finally confessed to Daniel that the LSD was meant for him and not Amy.

A shocked Daniel was appalled by Max’s admission and pondered on whether to come clean to Amy, who had been terrified to leave her house since the incident.

Daniel later bumps into his niece who bravely explained that she won’t let what happen dictate the rest of her life.

Daniel visited the Platt’s again to tell David and Max that he will keep quiet because Amy is one of the strongest people he knows and getting Max locked up won’t change anything.

He then admitted that he’s made a few mistakes himself, including the time he pushed Max down the stairs.

The teacher made a pact that none of them say anything, otherwise the secret could ruin his family.

But viewers were shocked that Daniel didn’t call the police and turn Max in – letting the youngster get off scot-free again.

One wrote: “Is Daniel the most stupid teacher that ever walked soap world?

“He hands psycho Max power over him by saying – don’t tell my family I know. And he lets Max off scotfree to spike another drink and harm someone else?”

Another posted: “And Max goes on to carry on his selfish lunacy, no repercussions, until the next time. Great job!” The troubled teen has been causing problems for months now

Did you miss our previous article…
https://www.hellofaread.com/soap-opera/bez-breaks-his-silence-on-dancing-on-ice-fix-row-and-says-being-a-dancer-does-give-you-an-advantage/

The Masked Singer viewers are convinced Courtney Act is the dragon after figuring out...

Boris has been listening to advice from the start – and bearing the brunt...