DRAMA picks up a pace in the cobbles for one Weatherfield resident next week.

The Coronation Street fan-favourite is filled with dread when they face the possibility of battling cancer.

A fan-favourite character could face death next week 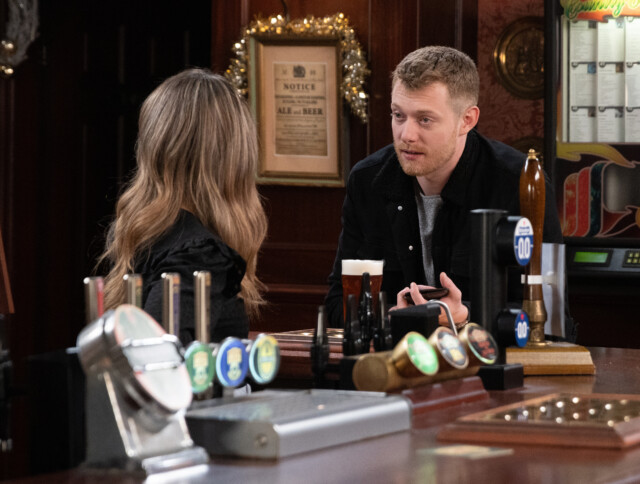 How will Daniel Osbourne react?

Daisy has mostly been seen supporting Jenny Connor (Sally Ann Matthews) as the landlady was going through her fair share of turmoil.

However, things could turn awry for Daisy when she reveals that she’s found a lump in her breast.

On Jenny’s advice, Daisy breaks the news to her partner Daniel Osbourne (Rob Mallard) and, shaken, he insists on taking her to the doctor’s.

Daniel masks his anxiety and promises to meet Daisy at the medical centre.

However, he soon goes against his work as he knocks back drinks in the pub instead and Jenny’s horrified to see he has let Daisy down.

The recovering alcoholic tells Daniel that boozing his sorrows away isn’t the answer before encouraging him to support Daisy.

Daisy attends her appointment alone but is later interrupted by a drunk Daniel who throws the door open and stumbles in.

As ITV viewers may guess, Daniel could spiral out of control as he’s thrown back into cancer horror, three years after his late wife Sinead passed away amid her cervical cancer battle.

Speaking of the storyline, actor Rob Mallard hinted at a troubled future for his character.

“Not again! It’s his worst nightmare that it would either happen to him or someone else that he cares about”, he said.

“Then doubly worse this is someone that Bertie is growing closer to, a second chance of a mother figure for him and yet again this woman he loves might be struck down with cancer.”

“It triggers all of the possible responses you might expect.”

But is Daisy’s life really on the line?

Im A Celebs Jacqueline Jossa admits people see her as a doormat before tearful...

Michelle Keegan returns to the set of Brassic after she was forced to self-isolate...