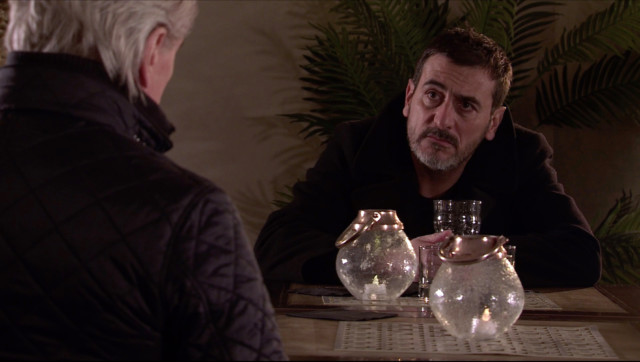 PETER Barlow devastates his son Simon by writing him a suicide note next week in Coronation Street.

Peter – who is played by Chris Gascoyne in the ITV soap – is dying of liver failure. But is he going to die? Here’s the lowdown…

Is Peter Barlow going to die in Coronation Street?

Corrie viewers know that Peter has rejected all potential ways to save his life after being diagnosed with liver failure.

The alcoholic even refused Daniel Osbourne’s offer to be his liver donor if they’re a match, and asked Adam to draw up an ‘Advance Decision to Refuse Treatment’ declaration so he could die on his own terms.

Corrie fans have been left fearing the worst for Peter.

One wrote: “#corrie is Peter going to die?”

Another added: “Peter had better not die.”

Fans will be relieved to hear there’s no word as yet from Coronation Street or actor Chris Gascoyne about Peter’s departure from the cobbles.

But with exact plot details yet to be confirmed, viewers will have to stay tuned to see if Peter makes a recovery.

What do we know about Peter’s suicide note in Coronation Street?

Corrie spoilers have revealed Peter will continue on his mission to self-destruct next week – and write his son Simon a suicide note.

Carla is horrified when she realises what Peter is writing, and begs him to save himself.

But Peter goes ahead and reads out the letter to Simon in an attempt to help his son come to terms with the fact he’s dying.

But Simon is heartbroken and storms out, washing his hands of Peter. Peter begs Carla not to leave next week in Corrie

Does Carla leave Peter in Corrie?

As Peter is hospitalised next week after suffering a seizure, Carla realises her new client Lucas is an old flame she met when she lived in Devon.

Carla heads off for lunch with Lucas, where he reveals he’s booked a hotel for the weekend and would like her to join.

But when Peter realises Carla is leaving, he begs her not to abandon him.

Judging by the spoiler pic above, Carla has her bags packed ready to leave when Peter confronts her.

But will she stay?

With Corrie bosses keeping shtum, viewers will have to tune in to find out.

Did you miss our previous article…
https://www.hellofaread.com/soap-opera/im-a-celebs-jessica-plummer-looks-unrecognisable-in-throwback-snap-with-bright-red-weave-that-destroyed-her-hair/