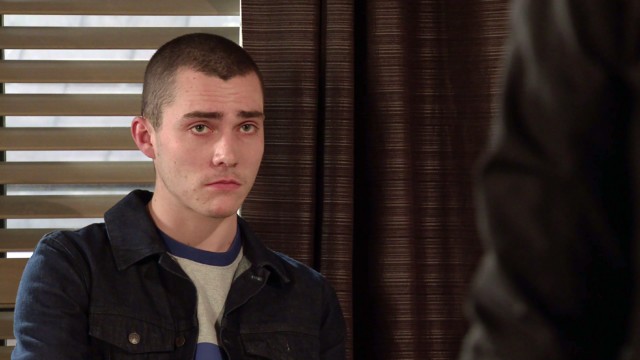 Speaking to HOAR, Maximus said his journey to landing a role on the cobbles has “come full circle”.

He said: “I auditioned for Corrie a couple of times over the years. I actually got very close to playing Seb when that role first came up.

“I screen-tested for Seb and I was saying this to Harry, because it’s funny as it’s come really full circle now.

“It was around two years ago that I had the audition for Corey. At first I didn’t really know how to think about it. “I wasn’t in high school at the time, so because the character was younger, and I am quite a tall lad – I’m six foot one – I thought I might look a bit silly in a school uniform.”

But the star is enjoying his role – and working with actors he watched on the show growing up.

“I think every actor is very talented and ultimately behind each of the great actors is an even better person,” he added.

“I get on with so many of the cast members. It’s very surreal for me, because I did love the show. So when I’m having lunch with Dev, it blows my mind a bit!

“As a kid I loved the show and performing with these greats, especially David Neilson who did some of the most astonishing work I’ve seen first-hand. It’s just great, they’re all brilliant.”

He added: “I do learn a lot from Jimmi. But I think that’s just because of the character he is as well.

“He is a brilliant guy who recommends me loads of films. We have a common interest in Marlon Brando, who is both of our favourite actors.

“So he’s given me these Marlon Brando DVDs to watch, which is helping me with the craft.

“I’m experiencing these amazing performances and it’s just great that somebody like Jimmi is allowing me to hop on board with what he sees as well.”

Did you miss our previous article…
https://www.hellofaread.com/soap-opera/exhausted-ryan-thomas-reveals-his-agony-with-bubbling-blisters-on-his-feet-as-he-struggles-through-78-mile-charity-walk/

Vulnerable elderly can finally go outside and see their grandchildren after 10 weeks ‘shielding’...