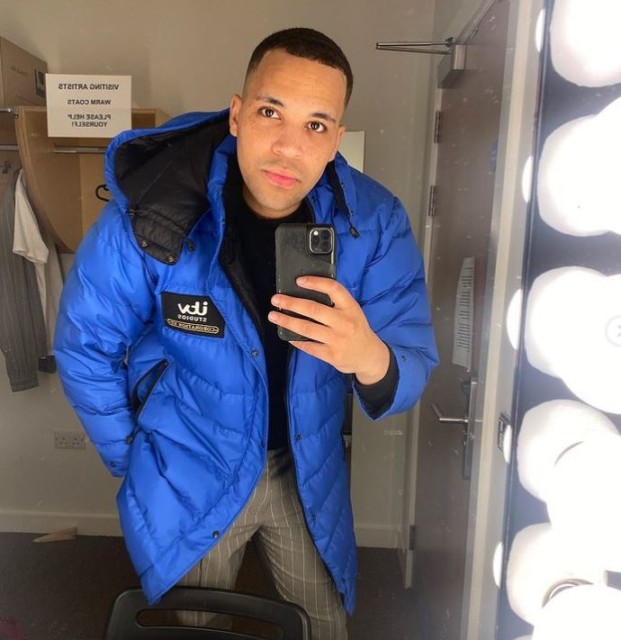 CORONATION Street’s Lamin Touray is set to return to the cobbles as hunky footballer Ashley Hardcastle.

The actor first made an appearance on the ITV soap in November last year.

Ashley and Daisy Midgeley had a brief fling for a month before the barmaid released that she wasn’t interested in him.

He was last seen on our screens in December 2021.

Now it looks like things are about to get pretty messy between Daisy and Daniel Osbourne as her former flame is due to make an epic turn to Weatherfield.

Lamin took to Instagram to share a behind-the-scenes snap of himself posing in his dressing room on set.

The soap star captioned the post: “Back filming on the cobbles this week

Fans rushed to the comments section to share their exctiment.

One wrote: “Yes mate love that

Ashley isn’t the only person Daniel has to worry about.

In an upcoming instalment of Coronation Street the teacher gets into a fight with Max Turner and ends up throwing him down the stairs.

The school boy has made it clear he’s not a fan of the former journalist over the past few months after he accused him of having an inappropriate relationship with student Summer Spellman.

Max seeks out revenge after Daniel made a comment about his adoptive dad David Platt.

He steals the keys to Daniel’s apartment from a distracted Dev and plans on trashing the place, however he’s was caught red-handed.

Things are made worse when Daniel realises that the troublemaker has broken something very special to him.

The pair get in a huge fight and Max ends up falling down the stairs.

Will Max be ok? The footie player had a fling with Daisy How will Daniel react to his return?

Thomas Markle slams Meghan & ‘ginger husband’ Prince Harry as he vows to give...

Inside The Masked Singer UK’s most shocking reveals ever from Love Island dad to...