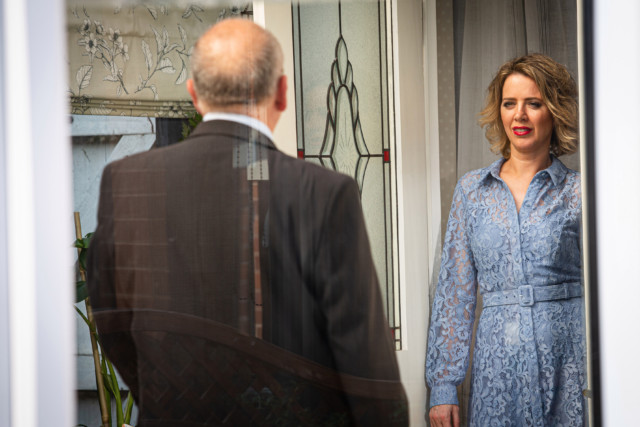 ABI Franklin pulls out all the stops next week in Coronation Street to stop him ruining Tim and Sally’s wedding.

Tim then shopped his dad to the police and handed them the CCTV footage.

Next week’s episodes of Coronation Street will see Alya visit Yasmeen and despair when she insists she wants to stay in prison far away from her abuser.

Later, Tim and Sally plan their wedding with Abi, Faye and Gail, but discuss ways to keep it a secret from Geoff.

But disaster strikes as Geoff overhears their hen party in the back garden, and listens to their wedding plans. Tim tells Geoff he doesn’t want him at his wedding Sally and Tim fear the worst when the police arrive

But after Geoff turns up and tries to convince Tim to let him come, Tim tells Abi he’s worried that his dad might rock up and ruin things after all.

As the wedding party head to the car, Abi takes matters into her own hands.

What is she up to?

Later, Tim and Sally return from the registry office and head to the bistro for their reception.

But all hell breaks loose when a police officer arrives at the reception, leaving Sally and Tim fearing the worst.

Geoff then turns on the water works and tells Tim he’s lost his family, but that he only has himself to blame

Drug firms urged to keep up No Deal Brexit stockpiles amid fears coronavirus could...

Delivery firms slammed for messing up orders – here’s how to fight back when...