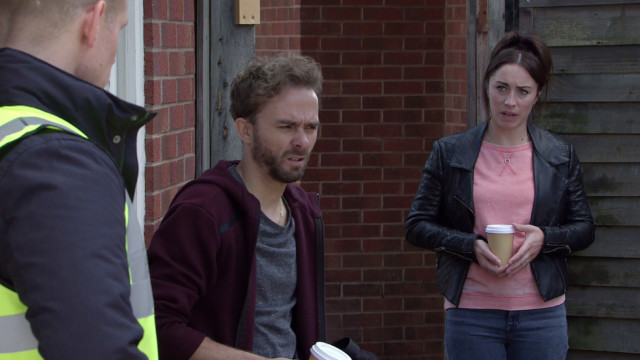 THE cobbles are rocked by more tragedy next week in Coronation Street.

The Platt’s sinkhole opens up this week during a huge storm and swallows up multiple residents.

The cobbles are rocked by even more tragedy next week

Johnny and Jenny are left fighting for their lives after disappearing into the water, whilst Shona Platt also risks her life when she dives in in search of them.

Next week, Leo breaks the news to David that, had they had the sinkhole repaired sooner, the disastrous events of the previous evening would never have happened.

David is crushed by this and made to feel even worse when the angry residents confront him over the disaster.

But the sinkhole is the least of David’s worries when more tragedy hits the street.

The sinkhole, which first opened up in the Platt’s garden back in 2020 – will swallow up and injure multiple residents during Halloween this week on the soap.

As Debbie prepares for her House of Horrors event, she fails to notice bits of earth dislodging into the Platt’s sinkhole as the drayman drops barrels of beer by the beer tent.

The event kicks off but Debbie is confused when the music suddenly cuts out.

Ryan peers out of the tent through the rain and realises that the generator has gone – and that there’s a hole in the ground where it once stood.

Ryan tells everyone they need to leave, but Debbie is furious and insists there’s nothing to worry about.

However, soon afterwards, the storm rips apart the sinkhole and Shona watches in horror as Jenny and Johnny are swallowed up by the ground.

David is horrified when Shona takes matters into her own hands a grabs a rope, which she then uses to disappear down the manhole in search of Johnny and Jenny.

Johnny and Jenny cling to the ladder, screaming for help.

Who will make it out alive? 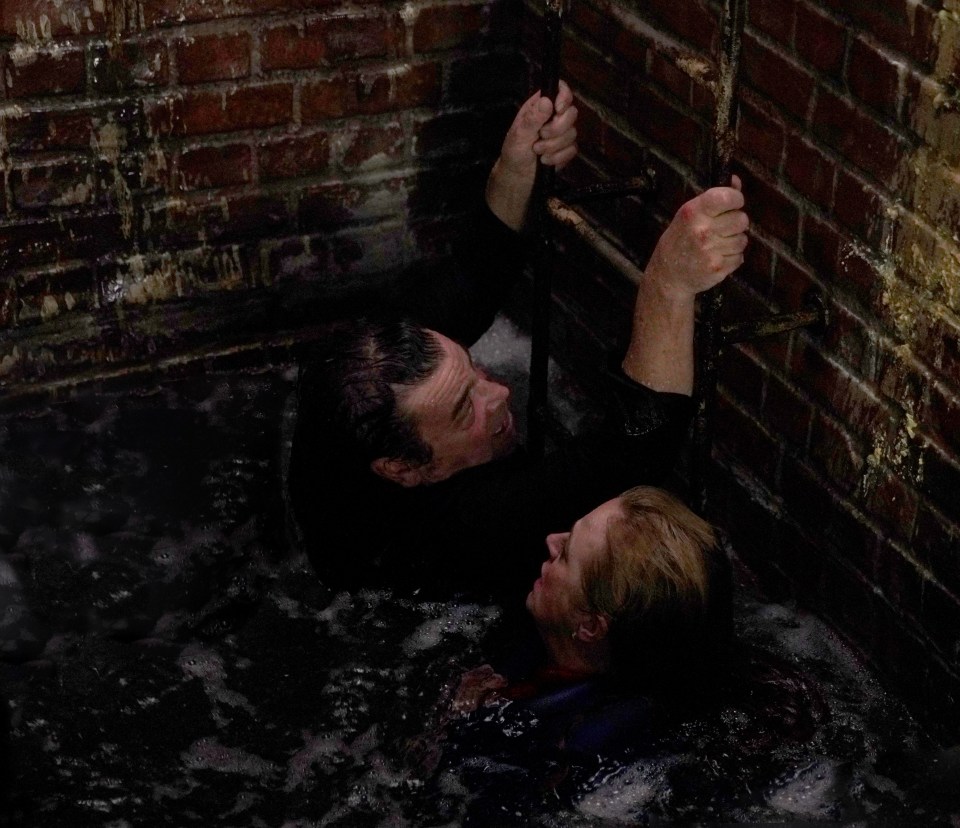 Dancing On Ice has medical team on standby and emergency procedures in place amid...

I’m A Celeb’s Ant and Dec say campmates are constantly cold – as boiler...

Vaccine passports WILL be needed for clubs and stadiums tomorrow after MPs approve Boris...