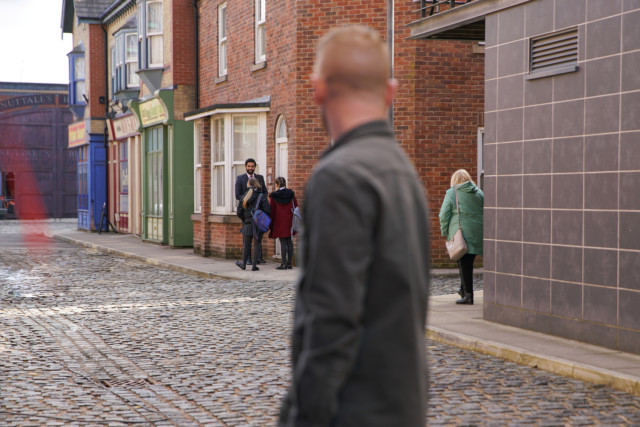 Gary recklessly killed Rick in self-defence at the end of last year on the ITV soap when the loan shark attacked him with a spade.

And when Rick didn’t turn up to pick his daughter Kelly up from school, she turned up on the cobbles and started quizzing Gary about his whereabouts.

Gary finally got rid of her by telling her Rick had fled the country but ended up paying her school fees out of guilt.

But Gary was horrified when Kelly returned in April and started at the local school.

After some digging, Gary discovered that Kelly’s mother had been pocketing the fees and warned her that Rick would kill her if he found out.

Kelly’s mum then did a runner and left the teenager with no option but to move in with Billy and Summer on the cobbles – right under Gary’s nose.

Reckless Gary then risked exposing his killer secret when he jumped in to defend Kelly in a row with Dev Alahan on the cobbles last month as Dev raged at her for leaking Asha’s naked video.

When Gary came forward and told Dev to back off, Adam watched on and grew suspicious of Gary’s peculiar sense of loyalty to the teenager. Next week’s episodes of Coronation Street will see Adam point out Kelly to Imran and explain that she’s the daughter of Rick Neelan.

Adam goes on to say that for some reason, Gary is very protective of her and that there must be something fishy going on.

In scenes yet to air, Imran is intrigued and later approaches Kelly asking how he can get in touch with her dad.

Gary watches the exchange between Imran and Kelly and starts to worry.

Later, Gary quizzes Kelly about her conversation with Imran and warns her not to tell him anything.

Is Gary’s killer secret about to be exposed?

Speaking to Inside Soap earlier this year, he said: “Adam is secretly conspiring against him, which will threaten to lead Adam, and therefore the authorities, to Rick’s final resting place.”

Could Adam be the one to secure Gary’s downfall?

BioShock: The Collection Nintendo Switch review – in a thousand leagues of its own

Emmerdale fans in tears as Victoria Sugden ends her relationship with Luke Posner after...