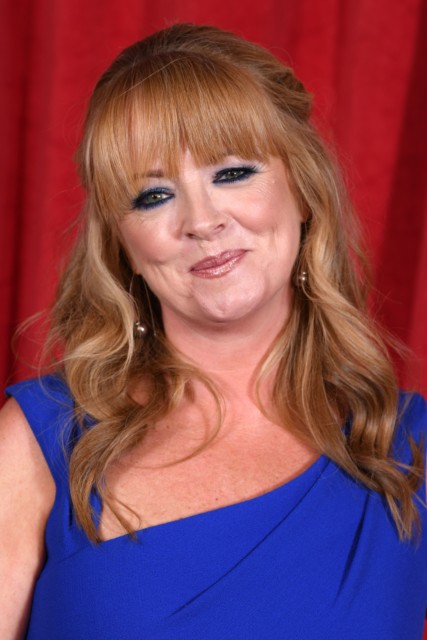 CORONATION Street’s villainous Bradley family is getting a new member as Jenny Connor is faced with a long lost relation turning up.

The Rovers landlady – who is played by actress Sally Ann Matthews in the ITV soap – is the daughter of legendary cobbles villain Alan Bradley.

Sally Ann Matthews has revealed Jenny will be getting a family

The brute was the archetype of modern Corrie evil doers like Richard Hillman, Pat Phelan and Geoff Metcalfe.

He is most famous for his death – being crushed under a Blackpool tram while trying to kill ex Rita Tanner.

Now actress Sally Ann has revealed that a relation of Alan and Jenny’s will be arriving in Weatherfield.

Speaking to the People she said: “Jenny is going to have a family member join the show, ­someone the audience knows nothing about.” Alan was the villain who terrorised Jenny’s foster mum Rita Jenny will be rocked by the arrival

Could the newcomer be as evil as Alan?

HOAR Online understands the mystery newcomer won’t arrive on the cobbles until much later in the year.

And whether they are a friend or a foe remains to be seen.

On screen Jenny has been going through a tough time lately after husband Johnny abandoned her to spend more time with his granddaughter in France.

Johnny has been terrified since his old criminal partner Scott arrived in the pub as a lodger.

Scott has been hanging around making a nuisance of himself and involving himself in Johnny’s business in his absence.

There are still bombshells to come with that storyline, but Jenny’s relative could throw a spanner into the works into whatever Scott’s plan is.

Did you miss our previous article…
https://www.hellofaread.com/soap-opera/eastenders-milly-zero-is-unrecognisable-from-dotty-cotton-in-make-up-free-selfie/

Emmerdale stars Matthew Wolfenden and Isabel Hodgins will return to the soap after race...