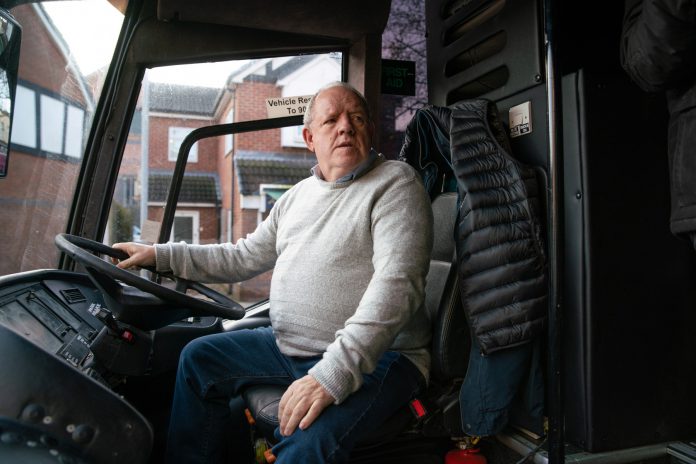 The special hour-long episode sees a shocked Rita – who is played by actress Barbara Knox – receiving a parcel containing the ashes of her estranged husband Dennis Tanner along with a note requesting she scatter them in Blackpool.

Along with the help of Ken (William Roache), it is decided that a day trip is something everybody would enjoy, with Jenny (Sally Ann Matthews) booking a coach and inviting a group of residents to join them.

ITV has said the day out is a “comedy of errors from the start”, as the coach turns out to be a blacked-out party bus with a grumpy driver called Des, played by John Henshaw.

The programme will see “memories shared, secrets aired and tensions rise as it starts to look as though they won’t make it to Blackpool before nightfall, if at all”, according to ITV.

By the end of the trip, some of the characters lives will have changed, with one resident realising the time has come for them to leave the cobbles for good.

The milestone instalment of the ITV soap will entertain viewers in a “funny, poignant and characterful” way, and the show’s boss has promised it will be a “great exhibition” of the programme’s classic qualities.

Corrie producer Iain MacLeod said: “10,000 episodes! Not bad for a programme which one newspaper said in 1960 was ‘doomed from the outset.’

“I am first and foremost a massive fan of the show and I watched this landmark episode with absolute glee.

“It is uniquely Corrie: funny, poignant and characterful – and a glorious homage to the comedic charabanc trips of times past, packed with strong female characters and sparkling dialogue.

“It’s a really great exhibition of Coronation Street’s classic qualities as we start a new decade on the cobbles.”

Corrie, the longest-running serial drama in the world, will mark its 60th anniversary later this year.