STEPHEN Reid is laying low after murdering Leo Thompkins while trying to keep his secrets under wraps.

But when he’s caught in an embarrassing situation by Elaine Metcalfe, he could resort to killing again in Coronation Street.

He takes a job as a delivery driver 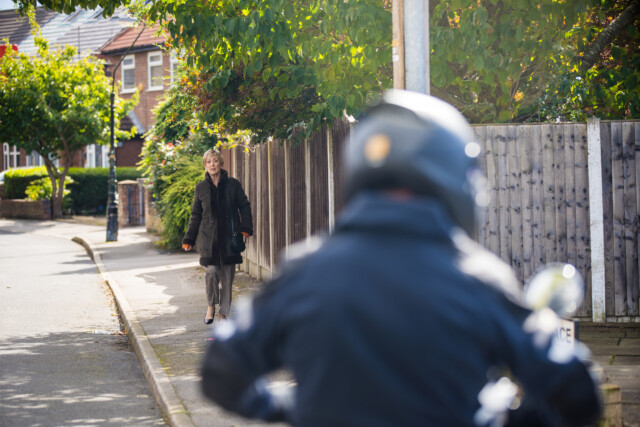 But one Coronation Street resident could uncover all of his secrets

Many residents run the risk of being Stephen’s next victim in the cobbles.

In September, 2022, the scheming and failing businessman played by Todd Boyce pushed Leo Thompkins to his death before making his nearest and dearest believe he had left for Canada.

Since then, ITV viewers have been convinced Stephen will strike again with Elaine (Paula Wilcox) in mind.

It all begins when Stephen, desperate to solve his money problems, receives an email inviting him to an interview for some consultancy work.

He attends his interview with a man named Drake via video call but it doesn’t go well.

This pushes him to reluctantly accept a job as a fast food delivery driver out of desperation.

But after making his first fast food delivery, Stephen is fuming, most notably when he bumps into an amused Drake at the trendy ad agency.

Drake taunts Stephen about being forced to take such a lowly job.

However, he soon calls Six Fellas once again with his tail between his legs as he begs them to give him his job back.

The boss begrudgingly gives Stephen his job back but things don’t look good for him.

As previously teased by snaps of actor Todd Boyce filming on location, Stephen is accosted by a group of teens who steal his delivery box, work phone and demand money.

To make matters worse, Stephen is mortified when he spots Elaine approaching and he attempts to race away on his moped.

In his haste, Stephen loses control of his vehicle and goes sprawling across the road.

Elaine won’t be the only resident potentially landing in Stephen’s target line.

When Stephen tells Nick Tilsley (Ben Price) that sending his son Sam on a cruise with Audrey Roberts (Sue Nicholls) might not be such a good idea, he decides to turn on his own mother.

Stephen implies that the hairdresser is back on the booze.

Nick insists the holiday must go on, leaving Stephen thwarted.

This prompts him to go a step further, in the hopes his family don’t find out about his financial woes.

Stephen calls in the salon and steals Audrey’s antidepressants from her bag.

Later on, Nick is invited join Stephen and Audrey in the Rovers to talk about the cruise.

Stephen intends to spike Audrey by crushing the antidepressants into a powder but will he really go through with it? 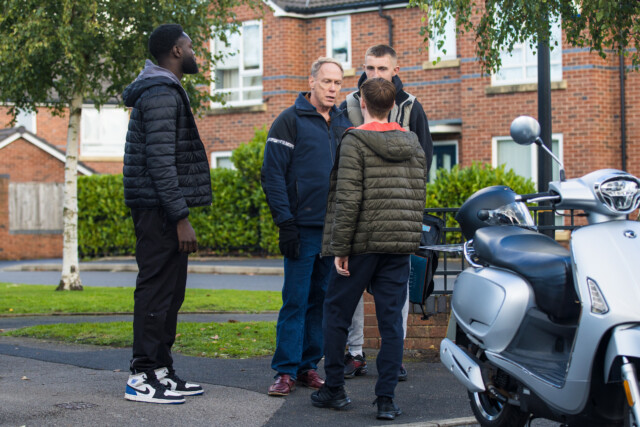 A group of teens target Stephen 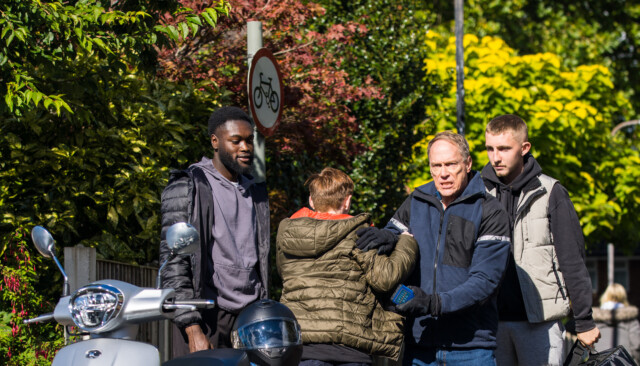 Will he be able to keep his financial worries under wraps?
Did you miss our previous article…
https://hellofaread.com/soap-opera/emmerdale-spoilers-vanessa-woodfield-catches-leyla-and-suzy-on-drugs/

Emmerdale spoilers – Meena left shocked as she FINALLY gets her verdict; plus Coronation...