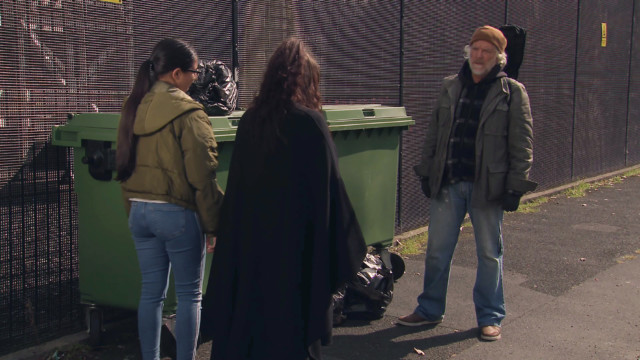 NINA Lucas and Asha Alahan make a huge decision about their relationship next week in Coronation Street.

Asha was left heartbroken when Nina rejected her back in September in the wake of her boyfriend Seb’s death.

However, next week the pair grow closer as they discover crucial evidence linking Corey Brent to the murder of Seb.

Asha spots a man called Stu wearing a Weatherfield County Backpack – which looks exactly like the bag Corey disposed of on the night of the attack – and confronts him.

When Stu reveals he found it in the Rovers, Asha is sure it is Corey’s from the night of the attack and tries to chase him but he gets away.

Asha and Nina decide to track down Stu, aware that it could be their only chance to prove Corey is guilty.

Later in the week, Nina and Asha track down Stu but, when they explain how Corey’s backpack could prove he killed Seb, Stu insists he doesn’t want to get involved and runs away.

Will they manage to get Stu to cooperate?

Asha is shocked when Nina takes her hand and reveals she’s ready to give their relationship another go if she’s willing to take her back.

Viewers know that Corey recently walked free after killing Nina’s boyfriend Seb in a harrowing hate crime attack targeting the pair because she was dressed as a goth.

Instead, Kelly Neelan was sentenced to murder in dramatic trial scenes after Corey managed to blame the attack entirely on her. Britain will deal with Taliban if they share power in Afghanistan, reveals Defence Secretary

Sadiq Khan calls for people to be FORCED to wear face coverings in shops...