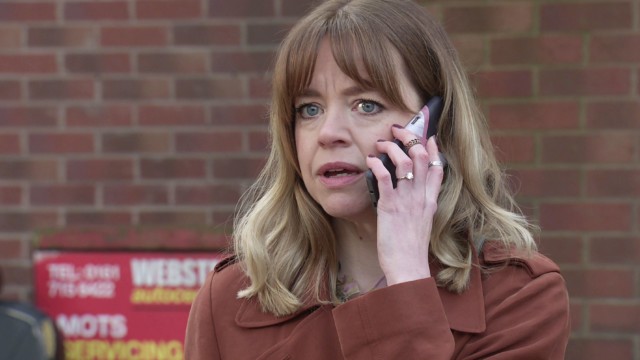 TOYAH Battersby will be devastated when she learns Imran Habeeb has fathered Abi Franklin’s baby son in Coronation Street.

Actress Georgia Taylor has teased the inevitable destruction that will come when Toyah learns the truth.

Viewers know Abi fell pregnant after a one night stand with Imran.

Toyah knows he cheated on her with someone but doesn’t know it’s Abi.

And she has been helping her fight for custody of the baby ever since.

Georgia teased: “It is the ultimate betrayal and for Toyah it is the most heartbreaking thing that could happen to her. Corrie’s Gary Windass vows MURDER confession – but is he bluffing?

“And you know, nobody likes to be cheated on for a one night stand.

“It is not going to make you feel great about yourself whoever you are, but the fact that this has resulted in the one thing that she can’t give him, that’s going to hurt on a whole other level.

“Also, there’s the fact you have these two very different women. You have a woman who has given birth to her fourth child and it is the only child she has left and who has given up to children to be adopted, which is something that Toyah would never do.

“And then you have Toyah who obviously can’t have children and is desperate to be a mum.

“So there’s going to be a huge conflict between them based on that as well.”

But with the devastation there could be hope for Toyah to include baby Alfie in her own family – if she can forgive Imran.

“But again, there will be things within that that she will have to make amends with the fact that the child will always be Imran’s biologically but will never be hers.

“And so there’s that to contend with and she will always feel the odd one out, which I think is something really interesting to explore in terms of blended families and it’s a very modern predicament that people find themselves in where a child is blood related to one parent and not to another.

“The story could go in so many different ways and that is what I love about it.”

£4billion of Covid loans and grants swindled by fraudsters will be written off, MPs...