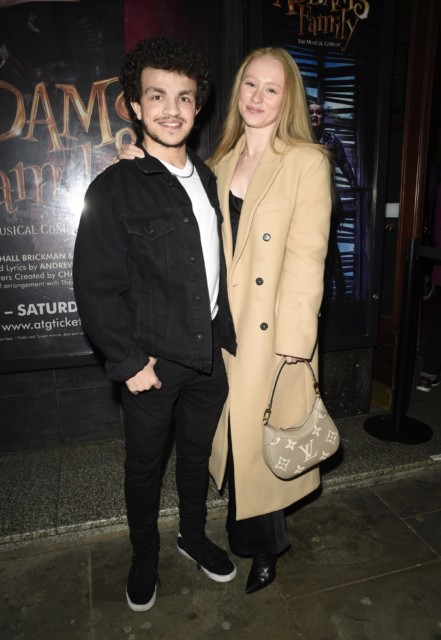 Corrie’s Alex Bain was all smiles as he enjoyed a night out with his rarely seen girlfriend Mollie Lockwood.

The pair looked loved up as they cuddled up and posed for pictures during a theatre trip.

Alex, 20, has been dating dancer Mollie for nearly two years, after going Instagram official back in December 2019.

They were taking in some culture as they attended the press night for the Addams Family at The Opera House Theatre in Manchester.

Alex, who stars as Simon Barlow in the ITV soap, was dressed in a black denim jacket and jeans, which he paired with a crisp white t-shirt.

While Mollie opted for a sleek trench coat over her outfit, with a Louis Vuitton handbag by her side. Alex has been on Coronation Street for twelve years, playing Ken Barlow’s grandson since joining in 2008.

He’s won Best Young Soap Performance twice – first at the British Soap Awards in 2011, and again in 2004 at the Inside Soap Awards.

In 2018, Alex became a dad just after sitting his GCSEs, welcoming his daughter Lydia Rose.

His girlfriend at the time, Levi, gave birth on 2 December – but the pair later split up in May 2019.

Alex later met Mollie through his second job as a choreographer.

In the early days of their relationship, Mollie posted an adorable tribute to Alex, telling him: “I’m so grateful to have you in my life I miss you so much when you’re not with me I love you so much.”

The Coronation Street actor replied saying: “I love you so much! I’m so glad you’re mine! I’ve never been happier!”