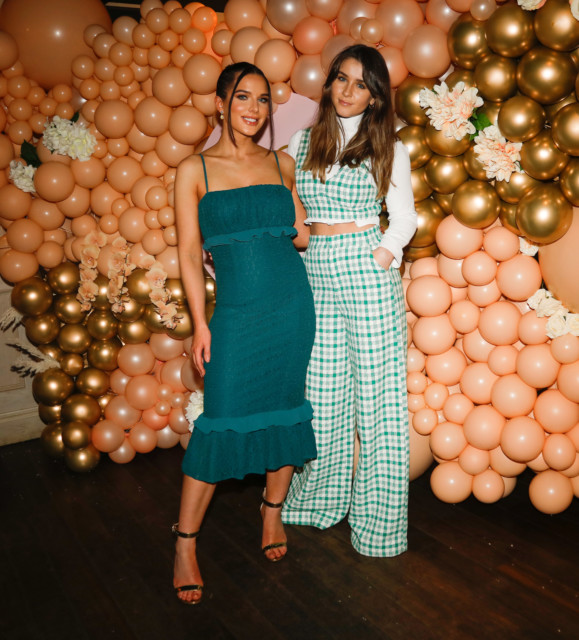 Brooke recalled how she was nervous about Helen’s return to the soap in 2017, after five years away.

But she needn’t have worried as the mum-of-three was the same as she always had been and even made a cheeky comment about having a cosmetic enhancement.

Speaking on Vicky Pattison’s The Secret To podcast, Brooke said Helen told her: “You’ve grown up to be so beautiful but you could really sort that top lip out.”

Brooke laughed: “Thanks Helen, nice to see you too, d***head.”

Vicky said: “I feel she just says exactly what’s on her mind all the time and you’ve got to admire her to a certain extent for being so real.”

Recalling another moment from their time together off-screen, Brooke said: “Wherever we’d go when we was younger, I would look like her PA. “I remember being stood in Chanel on Bond Street, and I was into my diaries, I remember being sat there, we’d just done This Morning, and she’s parading around in Chanel, and I was sat there scribbling notes on what I’m doing at the weekend.

“She’s the most bizarre, best loving person, and I’m so glad she’s mine.”

Both Brooke and Helen have quit their Corrie roles as siblings Sophie and Rosie Webster.

In January HOAR exclusively revealed how Brooke had quietly stepped away from the soap.

An insider said: “Everyone thought Brooke would be coming back to the soap but her contract ended two years ago and there are no talks about bringing her back on.

“She is loving being a mother of two young boys and plans to be a fulltime mum most the time.

“She is making good money from her own company and from various other Instagram posts – and has Kean’s impressive football salary – so she isn’t keen to get back to the soap’s gruelling schedule.

“Brooke has mentioned that she might do a bit of acting work towards the end of this year, but it won’t be on the cobbles.”

A source on Corrie confirmed that Brooke has been out of contract since 2019 and there are no plans for her return.

Brooke gave birth to her second son Monroe in May of last year with her footballer partner Kean Bryan, who is worth £1.5million.

Their first son Mexx was born in October 2019, which is when Brooke first took a break from the soap.

Did you miss our previous article…
https://www.hellofaread.com/soap-opera/eastenders-spoilers-ben-mitchell-faces-tough-decision-after-being-cut-off-by-dad-phil/

Angela Merkel orders EU to back away from vaccine export ban threat against UK...