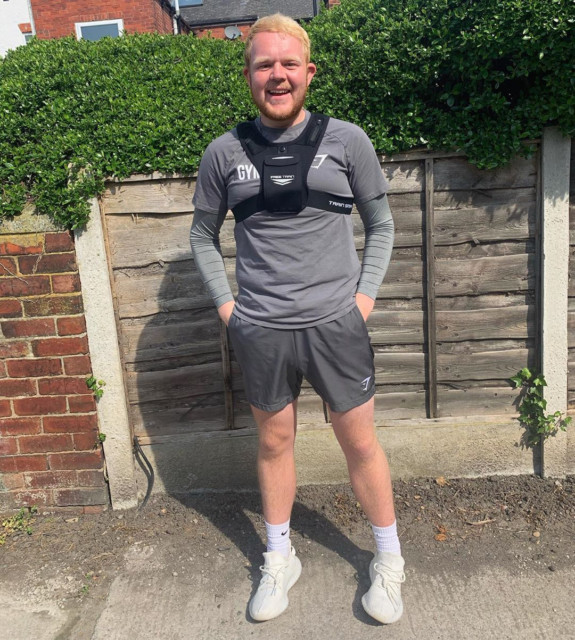 CORONATION Street star Colson Smith joked he’s lost ten stone and will need to wear a fat suit when he returns to the cobbles after lockdown.

Colson, 21, was speaking on his podcast when he teased he may need to pad himself out following his epic weight loss.

Laughing as he spoke about returning to filming the ITV soap, he said: “We are in direct continuity, but I’ve almost lost about ten stone since we left work so I’m not sure that [my hair] is going to be the biggest of their issues.

“I might be wearing a wig and a fat suit when we go back. Now we go to a purple shampoo, which almost makes it a platinum sort of colour, which basically takes the ginger pigment out.

“So the yellow-ness will go, and I will have a head of blonde hair, which I technically do now.” Colson continued: “My neighbour complimented me earlier, ‘Looking very blonde’. I’m going to [dye my beard]. It’s all part of the plan.

“I want to look like Zac Efron, that’s what we’re going for. He had it [his hair] platinum, which is what I’m going for.

“The hair is getting lighter, and then a darkening of the beard with light hair I think is going to work,” he added. Earlier this month, the actor – who plays the role of Craig Tinker – looked unrecognisable as he went on a gruelling run in the sun.

Colson put on his sports gear and braved the 23 degree heat to go for a jog, and he told his followers: “Today’s run was far too hot.”

The actor first showed off his impressive new look, which has seen him shed more than a stone, as he headed off to a showbiz event back in March. Colson has played the role of Craig Tinker since 2011

Colson started hitting the gym regularly this year to make sure he was in shape for his storyline on Corrie.

His police officer character had taken up running after finding that he was out of breath while chasing shoplifters.

Craig even told his Weatherfield pals that he was going to make an effort to get healthier after being bullied at work.

Despite overhauling his fitness, Colson also admitted that food poisoning caused him to lose one and a half stone in December. Speaking on his podcast Sofa Cinema Club – which he hosts with Jack P Shepherd, 31, and Ben Price, 47 – the star explained he ignored advice not to eat some seafood while holidaying in Thailand.

He said: “I was in Ko Lanta. I was sat on the beach and the waiter came over and was like, ‘What would you like?’ And I said, ‘I’ll have the prawns to start please.’

“I had avoided seafood [on Ben’s advice] but I was sat on the beach and I was like, ‘How can you not have seafood on the beach?’Well, anyway. I’m not doing that again. I’ve lost about a stone and a half.” Hollyoaks stars reveals MORE sickening abuse scenes are on the way for George and...

Army of over 750,000 coronavirus volunteers sign up to help NHS workers in incredible...

Boris Johnson admits Britain has failed to stamp out knife crime 20 years after...