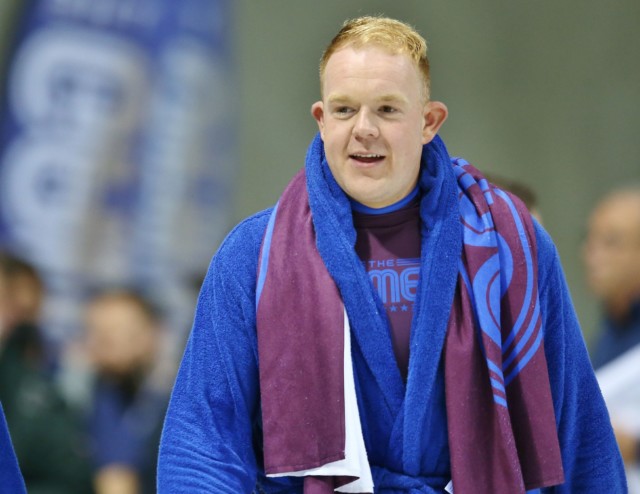 CORONATION Street’s Colson Smith has revealed the heartbreaking reason he never learned to swim on The Games.

The actor – who plays Craig Tinker in the ITV soap – is taking part in the new series alongside a host of other well known faces.

The sports show sees the celebs take on a variety of sports, one of which was swimming.

However, Colson, 23, revealed he had only learned to swim five weeks ago in preparation for the show.

In the last couple of years Colson has lost an incredible 10 stone after taking up running, and he admitted it was his weight that had stopped him getting in the pool during his school years.

He said: “In school I hated swimming because I was the fat kid. So I used to basically refuse to swim.

Read More on The Games “When I found out about this I didn’t want to do it, and then I kind of said it’s about time I stopped saying no because of the way that I look and the way that I feel.

“This competition is kind of gonna be me versus me, I just want to show myself that Colson has no limits and he really is just gonna keep pushing it all the way.”

When it came to the race, Colson finished in last place but he was far from disappointed as he still achieved his personal best by completing the race in under a minute.

He told presenter Alex Scott: “I’m buzzing. I must be one of the happiest people to come last in an event.

“For me that’s massive, it’s 10 seconds quicker than what I did in the last training!”

Viewers were delighted for Colson and what he had achieved in a short space of time.

Taking to Twitter, one wrote: “Colson getting 47.7 in the swimming race when he couldn’t even swim 5 weeks ago shows with enough work and so much heart u can achieve anything #TheGames.”

A third tweeted: “Colson is the new nation’s sweetheart I don’t care what you say #TheGames.” The Games continues tonight at 9pm on ITV.

Did you miss our previous article…
https://www.hellofaread.com/soap-opera/eastenders-spoilers-fans-all-say-same-thing-as-ben-mitchell-attacks-nephew-plus-corrie-emmerdale-theories/

Omid Scobie says he ‘doesn’t even know if the Sussexes like him’ after releasing...