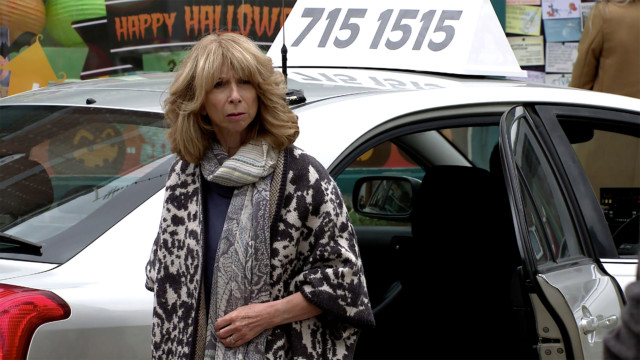 CORONATION Street stalwart Gail Platt shocked her sons this week when she declared she was heading to Thailand.

Gail – played by Helen Worth – decided to jet off to sunnier climes after suffering a heart attack last week.

However, she isn’t the first member of her family to leave the Cobbles, but where are her relatives now?

During his time on the Cobbles Martin had son David with Gail, feuded with her former mother-in-law Ivy Tilsley and had two affairs.

After divorcing Gail, Martin had a relationship with 16-year-old Katy Harris before deciding to move to Liverpool with his new girlfriend Robyn, with the couple welcoming a baby together off-screen.

Since leaving the soap, Sean has made guest appearances in other shows including Waterloo Road, Doctors and Casualty.

However he has mainly focused his attention on his new career as a chef and cheesemaker, launching his own business, Saddleworth Cheese Company. Lucy made her debut as Bethany in a storyline which saw her arrive back in Weatherfield after fleeing Milan, where she had moved with her mum Sarah.

After developing less-than-ideal crushes on her uncle David’s enemy Callum and her mother’s boyfriend Gary, Bethany’s biggest storyline saw her being groomed by her dangerous older boyfriend Nathan Curtis.

After overcoming that horrific ordeal, Bethany was kidnapped by one of the daughter’s of the men who had abused her, before she embarked on a new relationship with Ryan Connor.

After that didn’t work out, she fell in love with Daniel Osbourne as she helped him deal with the loss of his wife Sinead, before realising she needed to start afresh and moved to London.

Since leaving the soap, Lucy has taken part in mini-series Don’t Rock the Boat and starred opposite Pearl Mackie in the 2021 Audible horror series Sour Hall. Stephen was adopted and emigrated to Canada after Gail’s mother Audrey gave birth to him when she was 16.

He returned to Weatherfield in 1996 to get to know his biological mother and her family and do some business with Mike Baldwin.

Stephen was mentioned on a regular basis, with his nephew Nick Tilsley going to stay with him in Canada on a number of occasions.

Stephen returned to the Cobbles in 2007 en-route to Milan where he intended to expand his business.

Aside from his stints in Corrie, Todd has appeared in a number of TV shows and films including Hollyoaks, The Crown, Kick-Ass 2, Everest and Murder on the Orient Express.

Did you miss our previous article…
https://www.hellofaread.com/soap-opera/eastenders-spoilers-chelsea-fox-gets-a-disturbing-warning-about-killer-gray-atkins/

Jacqueline Jossa chuffed she finally fits in her skinny skirt after one stone weight...

Bayonetta 3 farming — how to farm halos to buy all costumes