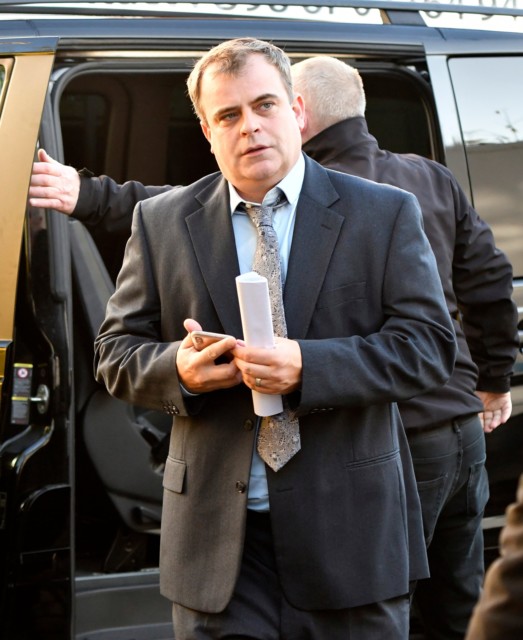 CORONATION STREET star Simon Gregson admitted it’s time to “step away from the phone” after his drunken online rant.

The next day, the 45-year-old admitted he has “no idea” what he’d been talking about.

He wrote: “Well sober me has no idea what drunk me was going on about. Time to maybe step away from the phone.”

Simon said he comes from a “good place”, however, and stands by what he said.

In response to a follower, the soap star posted: “My language was the regret not my thoughts. But a huge social platform isn’t the place for them.

Simon stood by his comments, however, and said they come from a ‘good place’
“I just emphasise [sic] with a person who puts kids first regardless. I’m probably wrong not having all the facts.
“Apart from the choice language it was from a good place.”
Simon faced backlash on Monday when he defended Dominic over accusations that the aide broke lockdown rules by making a 260-mile trip to Durham. Simon wrote: “This discussion gives me the s***s. Family first ALWAYS. regardless. People have crawled through s**t ,gun fire,climbing over dead friends to be with.

The final part of his post referenced journalists who doorstepped Cummings outside his London home.

However, the soap favourite, who is a married father-of-three, later toned down his initial thoughts. Simon is a Corrie favourite as Steve McDonald

He followed it with: “Ok I take it back to understand that we could all ways do that. So I hold my hands up and say. BD choice of words.

“But. Wouldn’t you? Fine line people. Let’s not be told but imagine.

The PM’s top aide said he had ‘no regrets’ over his actions because he had not broken any rules.

Thousands of people on Universal Credit to get up to £200 in vouchers for...

How to turn PS5 off – three ways to power down the console or...