CORONATION Street star Simon Gregson has sparked concern as he is pictured sporting a boot on his foot and using crutches.

The actor, who plays Steve McDonald in the ITV soap opera, was spotted as he went to a Cheshire garden centre on his birthday.

Simon has sparked concern after sporting a boot on his foot

The actor was pictured during a birthday outing in Cheshire 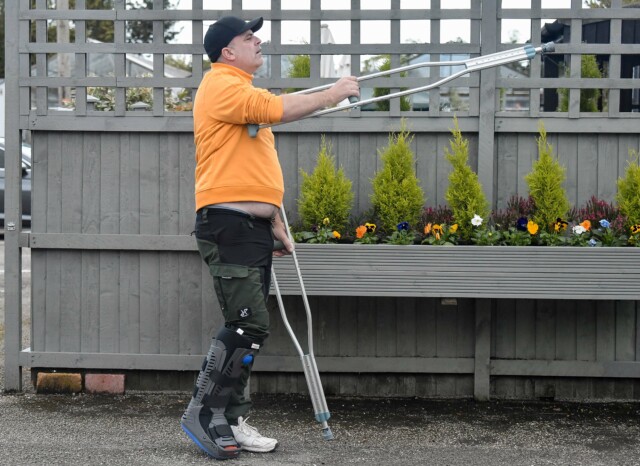 He appeared to gesture with his crutches

Donning a bright orange jumper and a simple black cap for the birthday outing, Simon’s injuries remain a mystery.

The unknown injury caused him to wear a plastic boot as he was seen hobbling from his car to the entrance  of the garden centre.

Simon was seen hobbling around and gesturing using his crutches during the birthday outing.

Simon first appeared on screens as Steve back in 1989 when he arrived alongside his mother Liz played by Beverly Callard.

Steve built up a reputation on Coronation Street for being a ladies man and has been married a staggering SEVEN times to five women.

They include first wife Vicky Arden, played by Chloe Newsome, two marriages to Karen McDonald, played by acclaimed actress Suranne Jones before marrying the wayward loudmouth Becky McDonald, played by Katherine Kelly, whose career spring-boarded following the show with Katherine going onto appear in some of television’s most high-profile dramas.

He first married current wife Tracy Barlow in 2012 before they separated before getting hitched again in 2018 in what has gone onto be Steve’s longest and most stable marriage but he did marry his on-off love Michelle Connor, played by Strictly star Kym Marsh, in between.

Simon has also recently branched out to reality television.

After initially turning down offers to appear on reality programmes, in 2018 he won Celebrity Haunted Mansion, hosted by Christine Lampard, and beating his co-stars such as Katie Price, This Morning favourite Alison Hammond and Blue singer Simon Webbe. 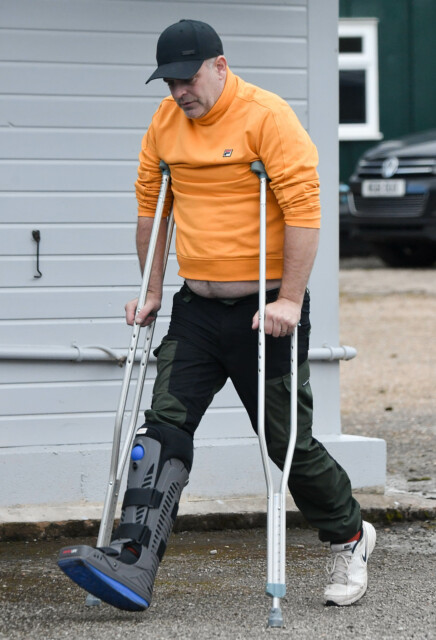 The star was visiting a garden centre 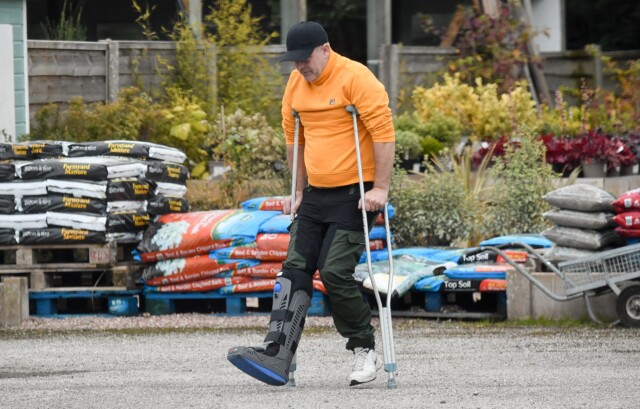 He was spotted hobbling around during his trip 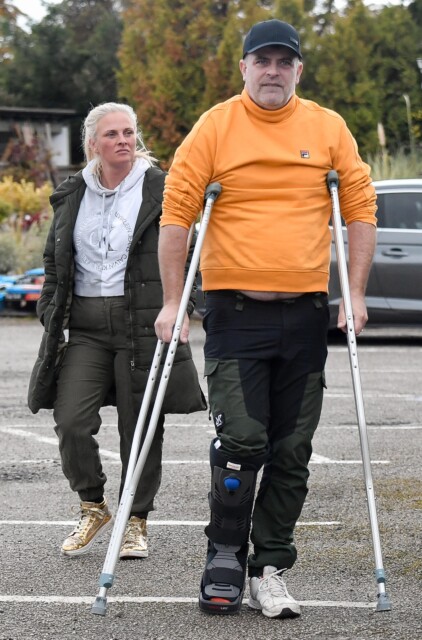 He is most known for playing Steve McDonald in Corrie 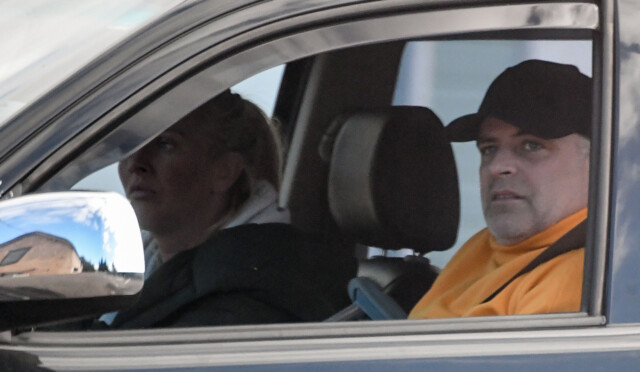 Simon returned back to his car after the trip

Can I take my dog to the polling station during local elections 2021?