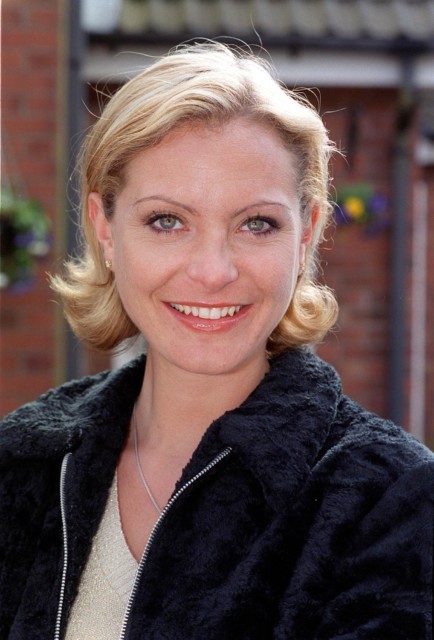 The actress, 48, looked a world away from the cobbles as she shared a snap of herself behind the scenes at a theatre.

Tracy is best known for her years playing hairdresser Maxine Peacock between 1995 and 2003.

But her run on the show came to an end when she was brutally murdered by Richard Hillman.

Maxine, was married to butcher Ashley and had a young son Joshua, was famously killed by Richard who beat her with a crowbar after she returned home from the pub.

Tracy first appeared on the cobbles as a friend of Fiona Middleton and her time there saw her have a one-night stand with Fiona’s boyfriend – Steve MacDonald.

She also ended up having a baby by the local doctor – despite being married to Ashley.

Off-screen, the actress won Rear of the Year in 1996 and a pop career in 1998, saw her releasing two singles Ridin’ High and a cover of Lonnie Gordon’s Happenin’ All Over Again.

The actress has kept a relatively low profile since her character’s departure but in 2019 attended the British Soap Awards to present the lifetime achievement award to her friend and veteran actress Sue Nicholls for her work as Audrey Roberts.

She has had minor roles in other ITV dramas but the majority of her work been in the theatre.

In 2003 Shaw appeared as Sally in the stage play The Blue Room, starring alongside Jason Connery.

Following the birth of her children – Louis, 16, and Luca, 15 – she returned to acting, starring in several national tours.

Tracy most recently starred as Anabelle in The Cat and the Canary, sharing pictures on Instagram of the play’s run in Lichfield and Leeds.

Posting a smiling snap of herself in character in the theatre dressing room, she wrote: “Last 2 shows playing Annabelle west at the grand theatre Leeds

“we started this play before we’d even heard of Covid , on our second leg of tour, 3 lateral tests a week for Covid we’ve been able to open many theatres , and hopefully entertained our audiences with an amazing cast !

“thankyou to all the theatres and audiences and our wonderful cast, most of all our backstage crew

without them the show doesn’t happen Tracy was brutally murdered by Richard Hillman in the ITV soap She’s now a regular on the theatre circuit

EastEnders spoilers: Ben Mitchell and Kheerat Panesar grow closer as they team up to...