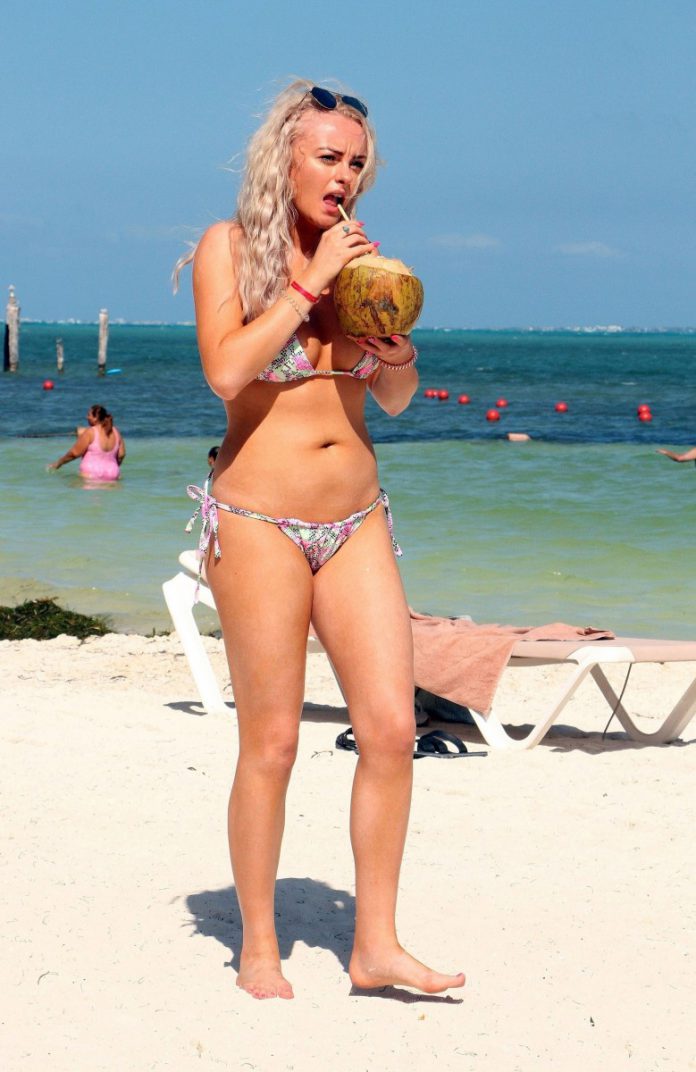 CORONATION Street star Katie McGlynn showed off her weight loss on the beach in Mexico.

The actress has been on a health kick since leaving the ITV soap where she played dying Sinead Tinker.

Katie shed a stone thanks to her efforts, and proudly flaunted her figure in the beautiful paradise setting.

With her body on-point, the star wore a string bikini and sipped coconut water, soaking up the amazing views.

The 26-year-old was pictured doing exercise on the beach just days before , as she made sure that her routine hadn’t slipped.

Katie enjoyed a well-deserved break in the sun with her best friend Lee after shooting her gruelling Corrie exit scenes.

The actress showed off her stone weight loss

Katie stunned in her bikini on the beach

The star admitted putting on weight after becoming so invested in character Sinead’s cervical cancer storyline.

But now Katie is fighting fit, telling Closer magazine that she is feeling “more confident than ever” after shedding the pounds.

She said: “I was snacking on biscuits in the green room and eating flapjacks made by the crew when I was exhausted.

“I was usually between a size 8-10 when ordering clothes, but I was creeping up to a size 12, which isn’t bad at all, but it was bigger than I usually am.”

After the actress left Corrie back in October she was determined to get back into shape and joined a 12 week programme at Ultimate Performance Gym in Manchester.

Katie bowed out of the ITV soap duringa heartwrenching episodethat left Corrie fans in tears over her Sinead’s death.

She is up for a National Television Award for her impressive portrayal of the character.

Since leaving the show Katie has already appeared in panto and has auditioned for some exciting new roles.

Nintendo Switch slashed to ONLY £239 in early Black Friday deal

PS5 in stock NOW at Argos and Walmart

Assassin’s Creed games in order: By release date and timeline