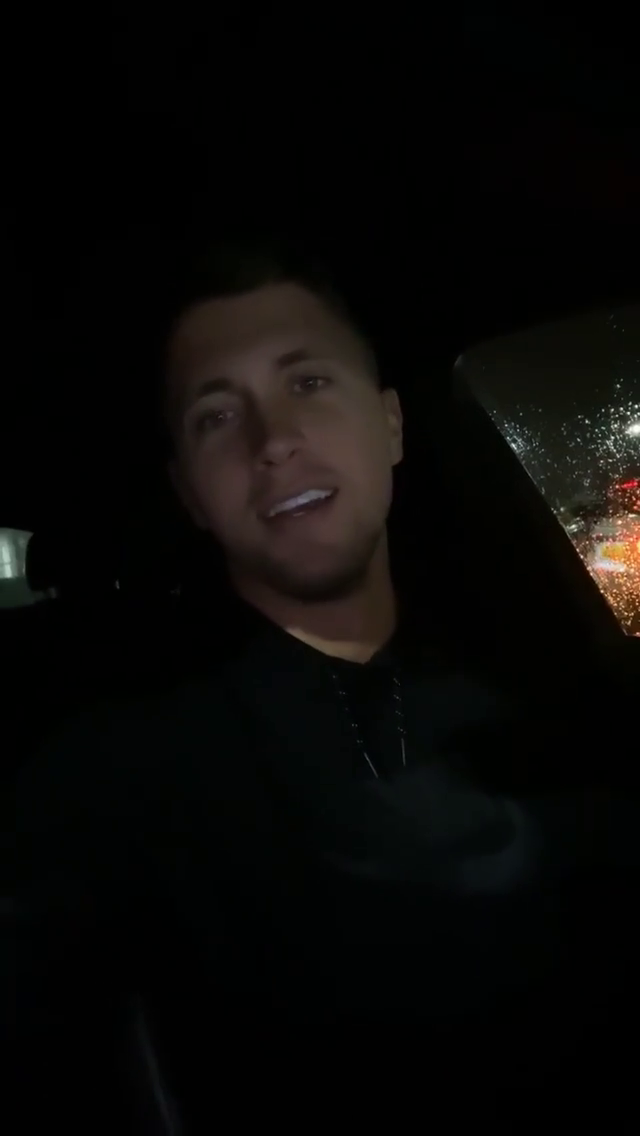 DAN Osborne complained that Christmas shopping is “stressful” and “hard work” as he does a last minute dash to buy presents.

The former Towie star, 28, confessed him and wife Jacqueline Jossa, 28, had left their Christmas shopping to the last minute.

The family were in Australia to support the ex EastEnders actress as she won I’m A Celebrity.

However, the pair made a mad dash around town to make sure they had everything for their daughters Ella, four, Mia, one, and Dan’s son from his previous relationship, Teddy, six.

He told his Instagram followers: “Why is Christmas shopping so stressful and hard work?

“Obviously because we’ve been away, all of a sudden we get back from Australia and Christmas is here. So we are literally running around like headless chickens.”

Jacqueline was at one shopping centre, while Dan went to another so they could cover more ground.

While they have decided to continue their relationship, they were pictured looking strained on the way to a Toby Cavery with the kids earlier today.

Meanwhile, model Chloe said she and the US reality star hooked up with married Dan on a wild night out last year.

Taking to Twitter on Tuesday evening, Natalie wrote: “I have really tired hard to keep all this not public but don’t try and keep it going through the media.

“Now it’s what am I doing in London and now that I’m home, its let’s talk.”

The star has since flew to London with her American football player husband Jacob Payne.

Her online rant came hours after it was alleged thatJacqueline forced Dan change his phone numberto ensure “other women” can’t get in touch with him.

Families get right to say goodbye to dying coronavirus Brits after heartbreaking death of...

What is the EastEnders Jubilee theme tune?

Emmerdale spoilers: Harriet calls the police on DI Malone – and her history with...