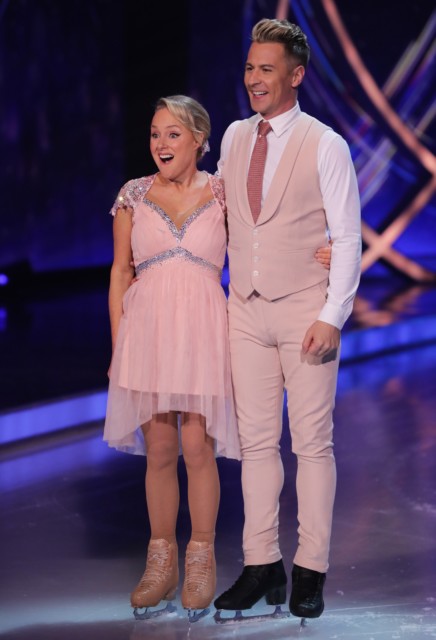 DANCING On Ice fans all had the same complaint about Coronation Street star Sally Dynevor.

Fans screamed at the TV screens when Sally’s scores came in, as they thought she.

One wrote: “Overmarked Sally and Rachel and under marked Stef! C’mon judges.”

A third chimed in: “Sally overmarked, happens every year women carried around & men like kye gets just one mark more wtf.

“As much of a shock as the least well knowns being in the bottom.”

Meanwhile Dancing on Ice fans were fuming after S Club legend Rachel Stevens was booted off the show.

The 43-year-old singer failed to make the grade with the judges and lost the skate-off with Kye Whyte.

As her bandmate Jo O’Meara looked on from the audience she said: “Thank you so much to everyone.

“It’s so special for them to have been a part of it and to have shared it with them. I’d just had the best time, it’s been amazing.”

Referring to her pro skater partner she added: “I’m going to miss Brendyn the most.” Rachel was gutted to leave the show

Boris Johnson is the party leader voters would most like to date, while Jeremy...