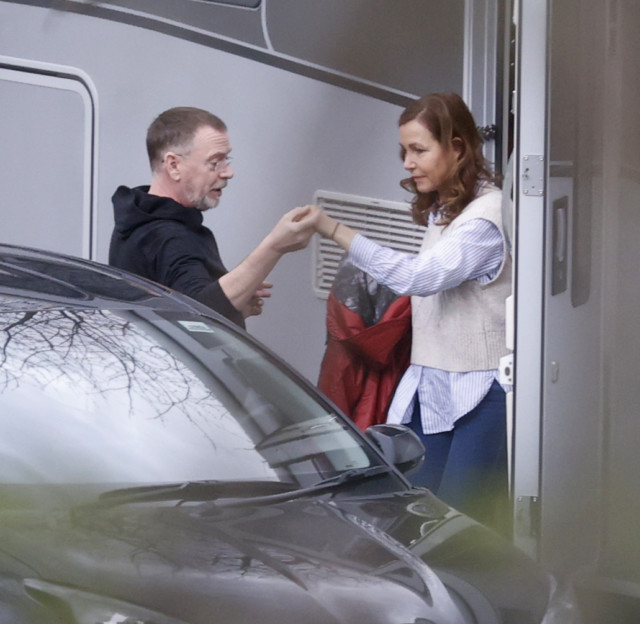 The star, who plays Ian Beale, announced 18 months ago that he had separated from wife Beverley Sharp and bought a camper van.

Sources say he has been entertaining Clare Martignetti in his mobile home.

A caravan owner on the site where Adam is parked up in Dartford, Kent, said: “Whatever the cause of his marriage break-up, Adam certainly seems to have moved on now.

“He has been staying in his caravan with his new partner. She has been seen going in, and coming out the next morning, heading to the shower blocks.”

She also ferries Adam, 53, to the local Orchard Theatre, where he is appearing in thriller Looking Good Dead.

The source added: “Clare and Adam seem to be very close. They are often seen arm in arm and appear very relaxed in each other’s company.”

It is not known how Clare, who works for the BBC as a make-up artist, met Adam.

His new romance comes after he confirmed in August 2020 that he had split from wife Bev in 2019. They are now undergoing divorce proceedings.

In the same month Adam, who has starred in EastEnders since 1985, revealed he was taking an “extended break” from the BBC soap.

He went on to appear in I’m A Celebrity last year. In a tearful exit interview, he told hosts Ant and Dec he had viewed the experience as “a new start.”

He said: “There’s a lot of stuff still going on… but mentally I’ve sorted myself out. My head was in the right place going in there which was why I loved it so much.” Adam has starred as Ian Beale in EastEnders since 1985 Queen hopes William and Harry will put on united front when he returns to...

Liverpool, Southwark and all the other areas giving kids free school meals over holidays

Which? reveals cheapest supermarket for Christmas dinner this year and it’s not Tesco or...