The actor, best known for playing Martin Fowler, admitted he was keen to do the show after seeing his co-stars Jake Wood and Davood Ghadami take to the dance floor.

The actor is best known for his role as Martin

Speaking to Lorraine back in 2020, he said: “Would I consider [Strictly] yeah, my friend Davood did it but I’m not as fit as he is. I’ve got rickety old knees, it looks fun.”

Today, the 38-year-old was the 14th and final contestant confirmed for the upcoming 20th series of Strictly.

He admitted he had known for “quite a long time” but the news had “still not really sunk in” and that he was “really nervous”.

“We talked it all through. It is a decision we have made together.

He also reflected on the advice fellow EastEnders actor Jake Wood had offered him, after he appeared on the show in 2014.

“He has been really helpful,” he said.

“He has given me some key pointers for when it is really hard, when it kicks in. A lot of eating, keeping relaxed when you can.

“‘Just enjoy it ‘was the main thing. Just go and have the best time you can.”

After the news was announced, James said in a statement: “I’m not known for my shimmy or my twinkle toes – in fact, my kids regularly laugh at my dad dancing, but it’s an honour to be asked and I’m going to give it my best shot.

“There are some huge dance shoes to fill and it’s truly exciting to follow in the footsteps of some amazing EastEnders talent. I’d love to do everyone proud.” 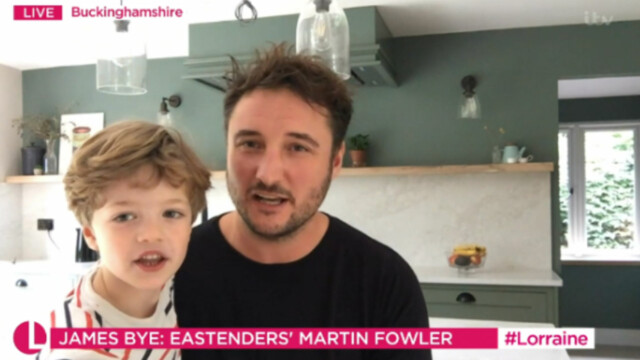 Watch the moment Holly and Phil ‘jump the HUGE queue to see the Queen’s...

Love Island stars have huge reunion in Manchester as Paige and Finn meet up...

Like Lady Louise Windsor, I grafted in a summer job as a teen –...