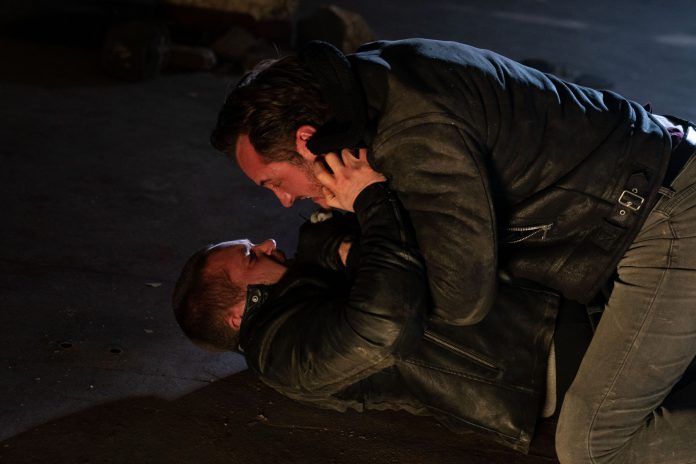 The two soaps both aired at 7.30pm on New Year’s Eve, meaning fans had to choose which one to watch live.

Viewers were not impressed about the clash, and so they’ll be even more outraged to discover the exact same thing is happening again tonight.

EastEnders will air an hour long ground-breaking flashback episode tonight at 8pm, with fans hoping they will find out what happened to Keanu Taylor and Linda Carter.

But over on ITV, Coronation Street is also airing a 60 minute episode at 8pm, with Tracey cheating on Steve and a stand off taking place at the factor as the repercussions of the Christmas Day drama begin to be felt.

After last night’s head-to-head, angry soap fans took to Twitter to vent their fury at the scheduling.

One wrote: “As if #corrie and #eastenders was on at the same time.”

“A real shame that ITV scheduled #Corrie against so that no one will see it. #EastEnders.”

A third agreed, writing: “Who ever decided to put #Corrie on at the same time as #EastEnders needs a full on kick in the crutch…”

I fear I will DIE this winter if temperatures inside my home fall below...