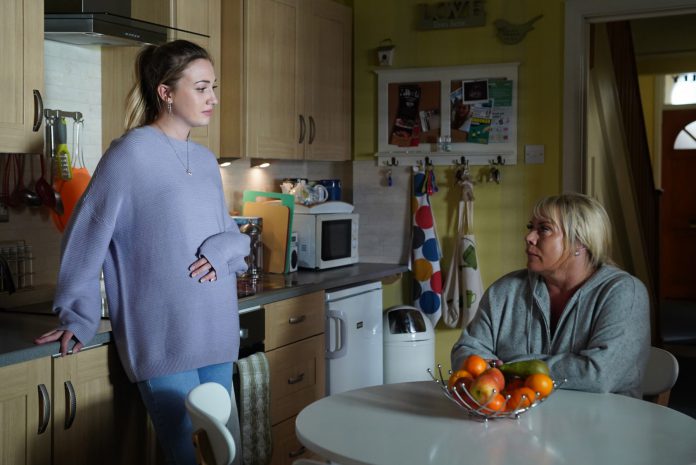 And we can reveal the newborn will be named Peggy.

Barbaras husband Scott last night told how her face lit up on hearing the news.

He said: She thought what a lovely thing it is Peggy Mitchell will live on in a family member. What a lovely tribute.

It made her quite emotional and I have been reminding her each time we watch the show every night.

Each time her whole face lights up.

Babss Peggy said goodbye to millions of fans in 2016 when she took her own life to escape a cancer battle.

The heart-breaking scene came after the Carry On star, now 82, decided she needed to shut the door on the character following her own Alzheimers diagnosis.

But the Queen Vic favourite loved for her get outta my pub catchphrase remains one of soaps most popular characters.

And her namesake will be no stranger to drama either.

Her dad Keanu is also secretly expecting a baby with Louises stepmum Sharon, who is wed to Walford legend Phil Mitchell.

But with Phil and Louise believing Sharons baby is his, there will be some explosive scenes in the offing.

An insider said: The scandal is blown wide open at Christmas. It is going to make for truly gripping viewing.