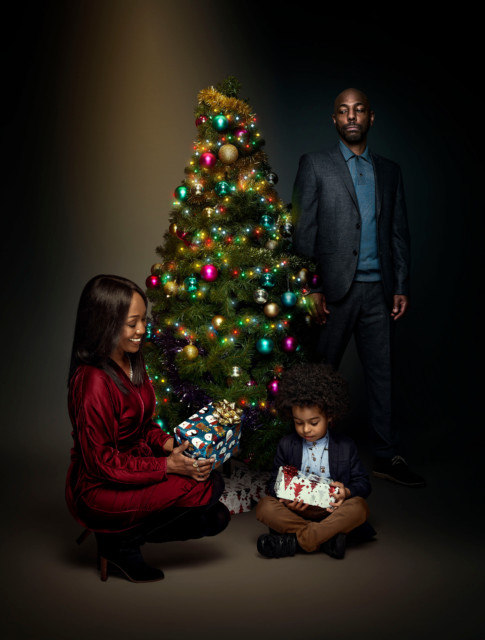 DENISE Fox is in for a shock this Christmas when she comes face to face with her serial killer ex Lucas Johnson and their daughter Chelsea.

The preacher turned murderer – who is played by actor Don Gilet in the BBC soap – was sent to prison in 2016 after his killing spree saw five Walford residents lose their lives.

Viewers will see Denise looking forward to her first family Christmas with her son Raymond.

But she’ll be shocked out of her skin when she comes face to face with a ghost from her past – Lucas.

She gets another shock when she realises that Lucas has Chelsea in tow, who is equally as shocked to see her mum with Raymond.

Viewers will see Denise head home, rattled by her shock encounter with Lucas.

But as she explains what’s happened, there’s a knock on the door and Denise opens it to see Chelsea standing there.

Denise warns her daughter that Lucas can’t be trusted and, as they’re chatting, Patrick slips away and vows to track down Lucas and take matters into his own hands.

But is he only going to make things worse?

Could Lucas be after forgiveness from Denise or might he be after something a bit more sinister?

And might Patrick find himself in the firing line?

Speaking about his return, actor Don told HOAR Online: “I’m thrilled and honoured to be asked to breathe life once again into such a complex, controversial and divisive character but, most importantly, to have another opportunity to work alongside one of the UK’s finest actors, Diane Parish.”

Lucas will arrive with their daughter Chelsea in tow

He added: “I feel blessed.”

EastEnders’ executive producer Jon Sen added: “Bringing back Don to the Square has been on our wish list for some time now as there’s definitely some unfinished business with Lucas and he certainly hasn’t let Denise go.

“His reign of terror put him firmly up there with Walford’s biggest villains and I can’t wait for audiences to watch his return unfold.”

Who is Scissors from The Masked Dancer UK?

Labour leadership odds who will be the next party leader?

How much can you earn and still get tax credits? Who can claim and...