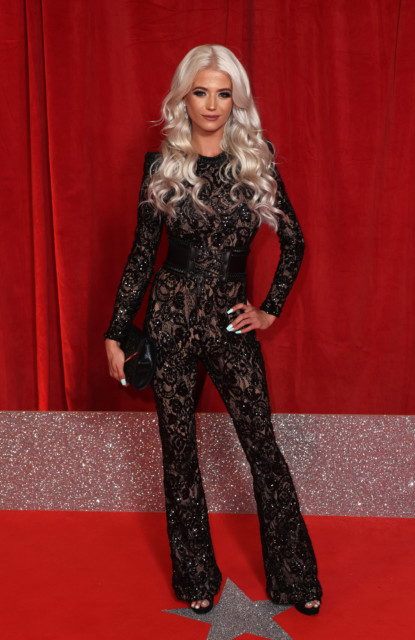 The pair both looked incredible in the lacy black jumpsuits as their soaps prepared to go head to head.

Sally, 41, plays Abi on the ITV soap and is up for The Best Leading Performer.

She is currently embroiled in a huge story line after losing custody to her son Alfie after his dad Imran manufactured evidence that she was on drugs with the help of bent paralegal Ben.

Danielle’s appearance comes after it was revealed her character Lola Pearce actress Danielle Harold has been axed amid a boss shake-up.

Her first appeared in the BBC One soap in 2011, leaving Walford four years later before reprising her role in 2019. It is part of new boss Chris Clenshaw’s plan to shake-up the show with a number of explosive twists over the summer.

An Albert Square insider said: “Dan was in pieces. The cull came out of the blue.

“She was not expecting the chop because her character has been a firm favourite with viewers. She’ll be written out with no option to return.”

Danielle met with bosses after her contract had just six months left to run.She was expecting to discuss an extension.

It has since been revealed that a further four cast members will be leaving too.

HOAR revealed that Stuart Highway actor Ricky Champ will be leaving the soap after four years.

He will be joined by Dayle Hudson, who has played Ian Beale’s son Peter since 2020. Hollyoaks’ Grace Black was threatened with the axe by Channel 4 bosses reveals Tamara...

Boris Johnson to flee Tory party sleaze woes by bolting back to COP26 in...