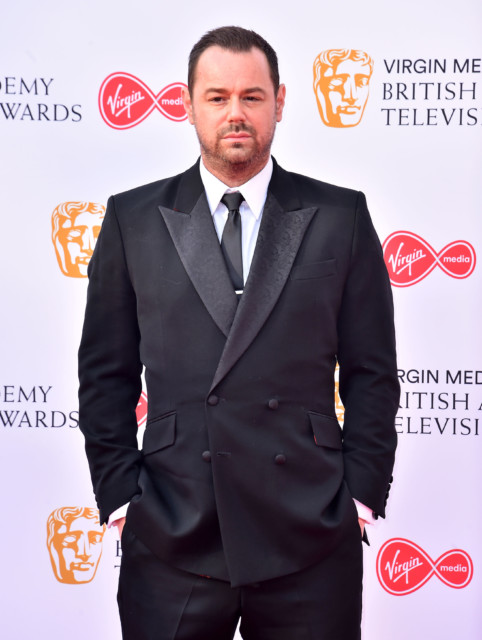 EASTENDERS’ Danny Dyer has slammed The Only Way Is Essex and said it’s “highly irritating” after it was revealed daughter Dani’s ex Jack Fincham joins the show.

The Love Island champ reportedly filmed the scenes for the ITVBe reality show last week, which ended in an explosive face-off between him and his ex Frankie Sims, 26.

In the latest episode of Sorted with the Dyers podcast, Danny and Dani got onto the topic of accents.

Then The Only Way Is Essex came was brought up, and the soap star said that “it’s highly irritating” that they “use East London words like ‘ag’ and they’ve turned it into ‘aggy’”.

When Dani asked her dad if he has Towie is on series link, Danny replied: “Don’t be f***ing ridiculous. Don’t you f***ing ever say s**t like that around me.

“You don’t f***ing declare it to no other human being, unless you want all of your credibility to completely vanish in front of your eyes.

“So let me reiterate, I haven’t got that f***ing show on series link.”

It comes after it was revealed that Dani’s ex Jack is set to confront his former lover Frankie on the show, following their split in July.

A source told MailOnline that filming “ended in a huge row between the two of them”.

The pair went official with their relationship in May this year, but called time on their romance two months later.

A source told OK!: “Jack and Frankie have split. They’ve had a couple of rows and have unfollowed each other on Instagram.”

This isn’t the first time they’ve been on screen together as they also filmed the second season of Ex In The City back in June.

Essex pair Jack and Frankie – who claimed to have “insane chemistry” – had their relationship put to the test when they came face to face with their exes on the MTV show.

A source told HOAR at the time: “Jack and Frankie signed up for ex in the city – and were both horrified when some surprise exes turned up.

“They’re actually a really strong couple, so they made it through the show – but viewers should expect fireworks onscreen.”

Dani and Jack met back in 2018 on the fourth season of Love Island.

They coupled up on day one and managed to win the show.

After a short break at the end of 2018, the pair gave their relationship another go before calling quits in April 2019.

After they split, Dani got back with her ex Sammy Kimmence and they welcomed Santiago into the world in January 2021.

The stockbroker was sent to jail in July and is Dani is now dating West Ham’s Jarrod Bowen. Danny pictured with his daughter Dani

Channel 4 will be sold off for at least £1 BILLION before the next...