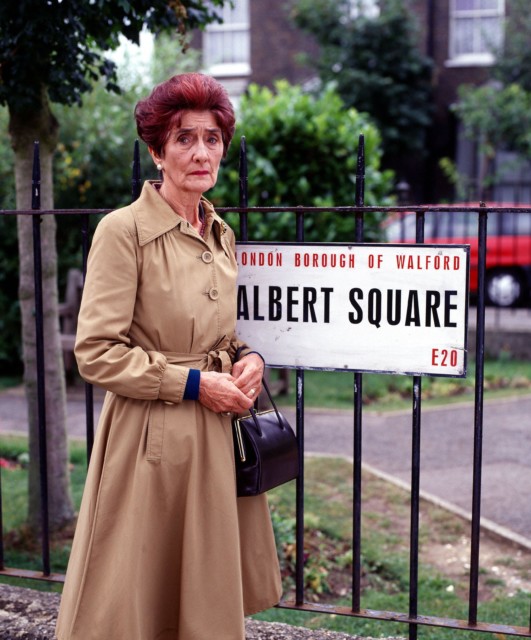 EASTENDERS’ Dot Cotton has been crowned the greatest soap character of all time. In 2008, June made history by becoming the first soap character to appear alone for an entire episode.

The half-hour instalment saw her recording a message on tape for her Jim, who had suffered a stroke.

“Immediately identifiable, Dot is quite simply a cultural icon and a testament to what a fantastic and talented actress June Brown is.

“It’s also great to see other favourites such as Hilda Ogden, Vera Duckworth and even baddies such as Cain Dingle make the list

“Love them or love to hate them, it’s clear the soap opera is still enjoyed by many.”

Liverpool is the soap capital of the UK, according to the research, as people there spend an average of six hours and 20 minutes watching soaps every week.