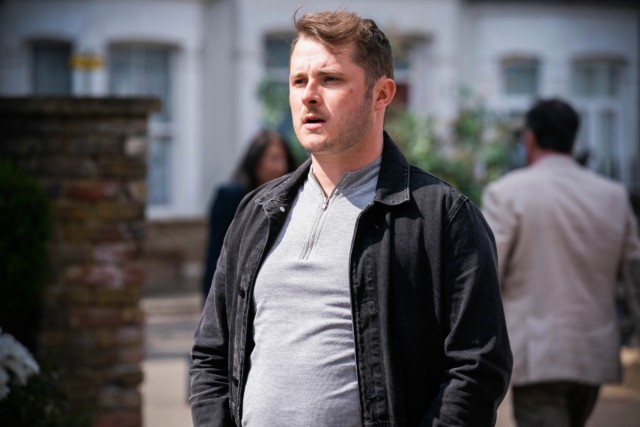 EASTENDERS fans are convinced Ben Mitchell has got Jags Panesar murdered after he cancelled his protection tonight.

The mechanic – who is played by actor Max Bowden in the BBC soap – took the drastic decision after discovering Kheerat Panesar’s relationship with Sharon Watts.

Viewers know Kheerat and Sharon have been sleeping together for months, but Ben had no idea.

And his hatred for his former stepmother spilled over tonight and he made a shock decision that could have catastrophic consequences for his friend Kheerat.

After a run in with his controlling mother, Kheerat decided he had had enough.

I thought we’d go out of town – find a little country pub. You know that mystery woman I’ve been seeing?

There is romance brewing between Sharon and Kheerat

At that moment Sharon appeared and asked him: “I thought we were keeping things low key?”

“Hello you,” replied Kheerat. “I’m going to do what I want for a change.”

But as the pair got into Kheerat’s car for their date – Ben Mitchell walked out and spotted them.

On the phone to his prison contact he said he was going to drop the cash off for Jags’ protection. Ben and Kheerat do not always see eye to eye

However, when he spotted Kheerat with his former stepmother, Ben changed his mind.

He told his contact: “You know what – change of plan. I’m being mugged off here.

“Cancel that protection I don’t care. Jags Panesar ain’t my problem no more.” Will Ben harm Jags in prison?

Now fans are convinced Ben will be responsible for another death.

A second said: “Ben just spotted kheerat going out with Sharon oh god this is not going to go well #EastEnders.”

Another added: “Ben’s actions are gonna lead to grave consequences for the Panesars.”

US Army’s new Microsoft ‘AR battle-goggles’ give them enhanced vision and awareness – and...

Im A Celebrity 2019 line-up how much are the cast and contestants paid?