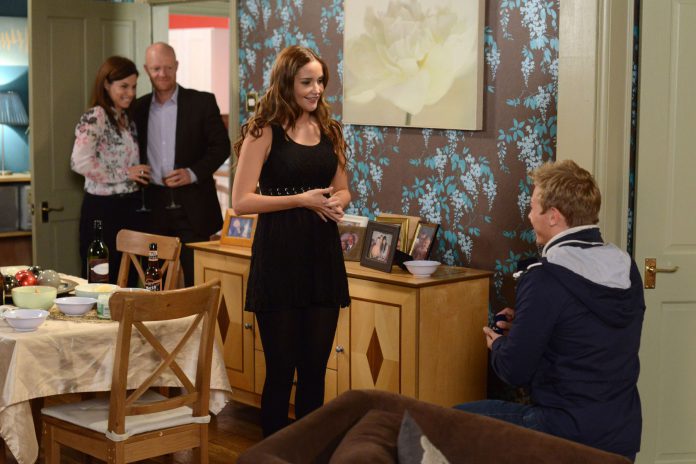 EASTENDERS fans are convinced Jacqueline Jossa will return to the soap as Lauren Branning after it was revealed Peter Beale will be back.

The Im A Celeb winner, 27, left the soap in 2018 when her character headed to New Zealand to be with Peter.

The pair were both recently mentioned again on screen when Kathy revealed that Ian was visiting them because they were having relationship issues.

Now it has been revealed that Peter is back with a seventh actor playing him.

Dayle Hudson will be joining the soap again in the New Year, seemingly paving the way for Laurens return.

One person wrote: If peters coming back I need Lauren to come back too #Eastenders.

A second added: Oh my god but where is lauren? Is this why they asked jacqueline if she wanted to come back? either way v excited to have one half of my power couple back idc #EastEnders.

While a third tweeted: Nah if Peter is returning alone I hope we get Lauren and Louie returning at a later date, Id love to see a family unit with those three. Plus Lauren back would give Max a bit more purpose, as he still feels a bit pointless currently. #EastEnders.

The last Peter with Lauren

Since winning the jungle show, Jacqueline was quizzed about a potential return but didnt suggest it was imminent.

She said: “Maybe one day, I’d never, ever say never.

I got thrown off a building and I hobbled off on a walking stick. She’s somewhere, I think she might be in New Zealand, or something.

Jacqueline added: “I loved it [on EastEnders], it was amazing.”

However, HOAR Online recently revealed was approached by bosses four months ago but with a variety of hugely lucrative offers on the table, she turned it down.

Jacqueline played Lauren Branning on the BBC soap from 2010 2018.

Dayle will be taking over from Ben Hardy who quit to go to Hollywood and has starred in a series of blockbuster movies including X-Men: Apocalypse and Bohemian Rhapsody.

Coronation Street star Kimberly Hart-Simpson claims she ‘manifested’ her return to the soap as...

Sir Keir Starmer claims to be patriot and brands Boris Johnson a ‘tool’ in...