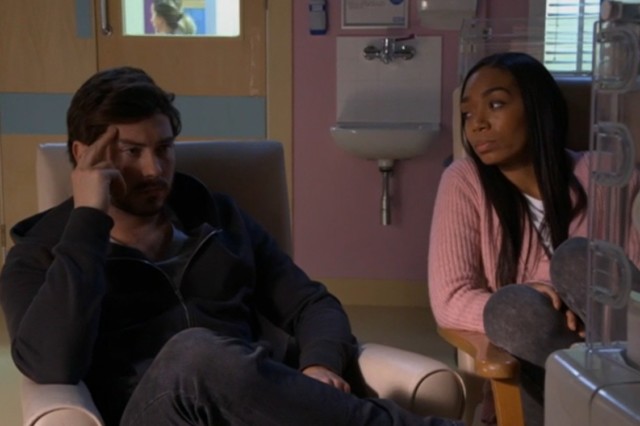 EASTENDERS fans are demanding an end to Gray Atkins’ storyline after another twist put Chelsea Fox in harm’s way.

The serial killer – who is played by actor Toby-Alexander Smith in the BBC soap – has killed three people so far in the plot that began as a domestic abuse storyline.

EastEnders fans are desperate for Gray’s storyline to end

But since murdering his wife Chantelle, Tina Carter and Kush Kazemi – the plot has returned to domestic abuse with Gray marrying Chelsea Fox.

However she is now falling under his spell – despite knowing he’s a killer.

And tonight after Gray made a medical decision that saved baby son Jordan’s life – Chelsea has given up.

Walking in, Whitney told Chelsea: “Pack your stuff – you’re going to stay at mine. You need to get out of here now, it’s too dangerous.”

But Chelsea told her: “Whitney I am drained. I cannot deal with this so please just go.”

She told Whitney how Gray’s decision saved Jordan’s life – and that she was done with their game.

“The only people who truly care about Jordan are me and Gray,” she said.

“I can’t believe I’ve let you pull me into this stupid game. There is no evidence.

“Marriage is complicated Whitney and I hope that one day you will understand that.”

As Whitney tried to convinced Chelsea that she was being coerced and controlled – Chelsea lost it.

“You don’t know me,” she screamed.

“He told me today to trust my instincts and that is exactly what I am doing. You keep away from my family.

“I don’t want nothing to do with you – or Kheerat. Get out.”

But fans are tired of the storyline and want it to end now.

One wrote: “How much longer is the Gray story going on for? #EastEnders.”

A second said: “This Gray storyline is still carrying on. Feels like it’s never going to end, the longer it goes on. #EastEnders.”

Another added: “This Gray storyline is even putting me off Chelsea, Whitney and Kheerat now. Make it stop. #EastEnders.”

Whitney tried to get Chelsea to leave Plan ahead to avoid financial penalties after Gary Lineker was caught shopping in M&S...

I’m A Celeb star Jessica Plummer says she’s dreading having to strip off for...

Snap up a bargain on your weekly shop and stock up on foodie treats...