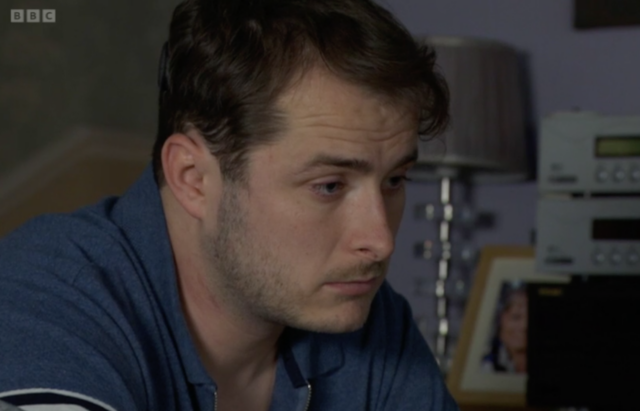 EASTENDERS fans are horrified after Ben Mitchell threatened Tommy Moon when the kid found his drugs.

The mechanic – who is played by actor Max Bowden in the BBC soap – has spiralled out of control onto drugs since he was raped by Lewis Butler.

He lashed out after Tommy found his drugs

In tonight’s episode Ben lied to his dad and insisted he wasn’t raped and then was asked to pick up stepbrother Tommy from school.

However when Ben finally arrived he dropped his drugs in front of Tommy – and the schoolboy picked them up.

But as Tommy told Ben that he wanted some football boots to keep quiet about the drugs, Ben grew furious.

Grabbing his step-brother, Ben snarled: “Give me that or I’m going to do you, do you understand?”

He told Ben: “It’s alright I get it, I’ve done some stupid stuff myself.

“What do you need that stuff for anyway? Do yourself a favour and bin it.”

In an effort to keep Tommy quiet, Ben then took him to get some new football boots.

“A hundred quid for football boots?” said Ben as they arrived back at the Mitchells.

“I know dad was moaning about me and dance routines but I must have saved him a few bob, eh?

“Listen I promise I will give up that stuff but you’ve got to promise me something as well.

“Work hard and carry on with your football – we don’t want you to end up like me, do we?”

Ben got away with his lies with Phil falling for it all.

But viewers were disgusted with him for threatening Tommy.

Now he’s trying to bribe him with new soccer shoes.

A second said: “Sorry but Ben lashing out at Tommy was disgusting

so much for wanting to “Protect him”

Another added: “Ben seems high in front of Tommy

. What would Kat say about that?” 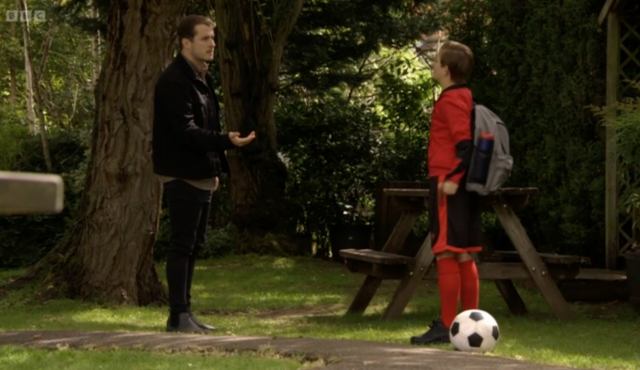 Ben threatened Tommy and then bribed him to keep quiet
Did you miss our previous article…
https://hellofaread.com/soap-opera/emmerdale-spoilers-star-breaks-silence-on-dream-role-she-missed-out-on-plus-coronation-street-eastenders-news/

Prince Philip ‘did more trying to save Charles’ marriage to Diana than his son’,...

Prince Charles speaks about the ‘pain’ of losing loved ones to coronavirus at launch...

The Masked Dancer viewers convinced they know who Pearly King is – and...