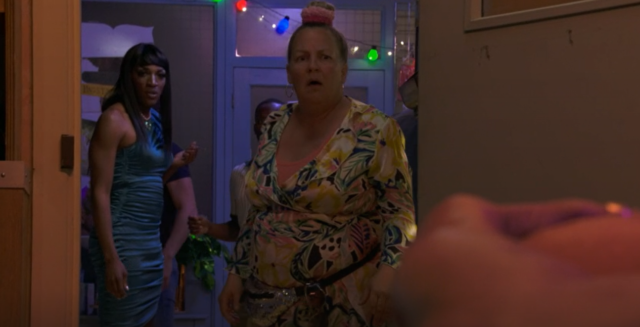 EASTENDERS fans have been left sobbing after a character dropped dead in heart-wrenching scenes.

Mitch (Roger Griffiths) realised how poorly his sibling was becoming, and so roped in partner Karen and Avery’s sons Felix and Finlay to decorate the Laundromat with palm trees, lights and bright colours.

A weakened Avery managed a little dance with Karen (Lorraine Stanley) before heading out the back to sit and relax with his brother.

Avery asked Mitch to take care of his sons for him once he was gone, before the siblings reminisced about the good times growing up.

But as Mitch spoke about how glad he was to have his brother back in his life after being estranged for a while, he looked across and realised Avery had died.

Pulling him towards him, Mitch sobbed and repeated that he just wanted “a little more time”.

As Karen glanced in, she saw the sad scene and gathered Avery’s sons into the room, where the whole family sobbed over his death.

As Mitch cuddled his brother, EastEnders viewers at home sobbed too.

Taking to Twitter, one wrote: “Avery and Mitch scenes are touching.”

Another added: “Great last bonding scene between Mitch and Avery.”

A third tweeted: “Avery slips away in Mitch’s arms, I can’t!”

When he joined the show Omar said: “I’ve been watching EastEnders since I was at school so it’s such a surreal experience to now be part of the show.”

“I’m having so much fun and it’s an honour to be working alongside this incredible cast.”

Avery, who had terminal cancer, passed away after reminiscing with his sibling 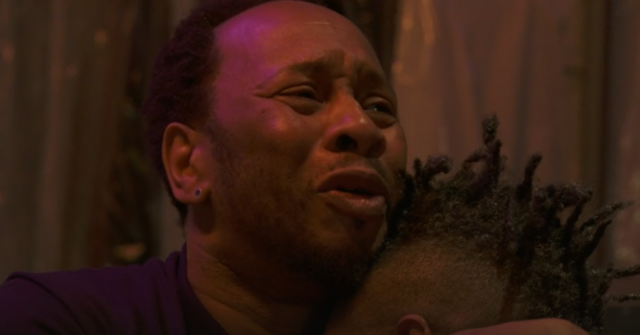 Mitch sobbed as he held his brother after his death

EastEnders is available on BBC iPlayer.