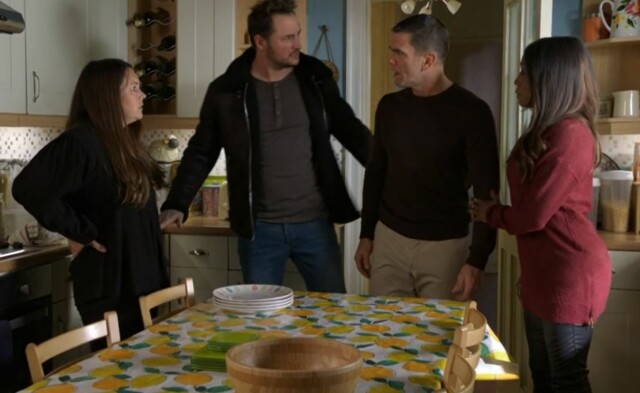 A ROW erupts in the Slater household as the Brannings storm over after finding out Ricky Jr is going to be a dad.

In Tuesday’s episode of the BBC soap, Lily finally told Ricky Jr that she is pregnant with his child, after deciding she wants to keep it. 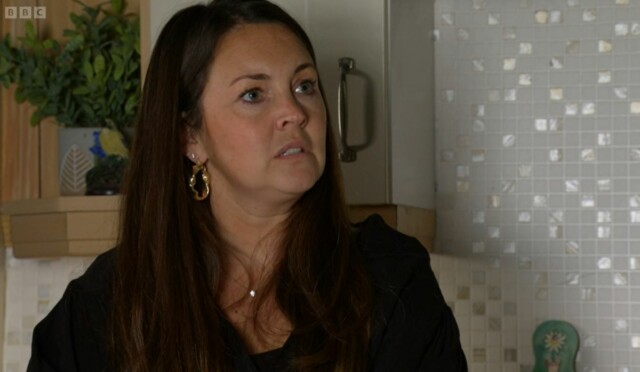 Stacey stands up for her daughter

Ricky Jr expressed his fears that he won’t love his child, after opening up to his mum Sam Mitchell about his baby news.

Sam told Jack and Denise Branning about Ricky Jr being a dad – despite Ricky Jr telling her to keep it a secret.

The Brannings refused to believe it was true that Ricky Jr could be a dad at his age.

But then Ricky walked in distressed that his paternity secret was out.

Full of anger, Jack stormed to the Slaters house, closely followed by Denise.

Jack and Denise offend Stacey by suggesting her teenage daughter is lying about who the dad is.

But Stacey declared: “Lily is telling the truth.”

Jack makes matters worse by saying it wouldn’t have been Lily’s idea to have sex.

A fuming Stacey shouted at Jack to not imply that her daughter is “a slag.”

Jack’s rage continued when Stacey informed them that Lily wants to keep her baby.

Jack thinks it’s a bad idea and turned to Martin to make Lily “get rid.”

But Martin changed his tune and said it’s Lily’s body and he will support whatever decision she makes, leading Jack to storm out.

Meanwhile, Ricky Jr asked his mum not move to Germany.

Will Sam listen to his son when he needs her more than ever?

EastEnders airs Monday to Thursday on BBC One and iPlayer. 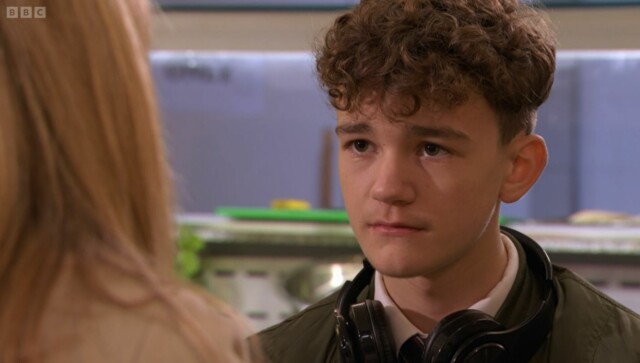 Ricky Jr asks his mum to stay in Walford 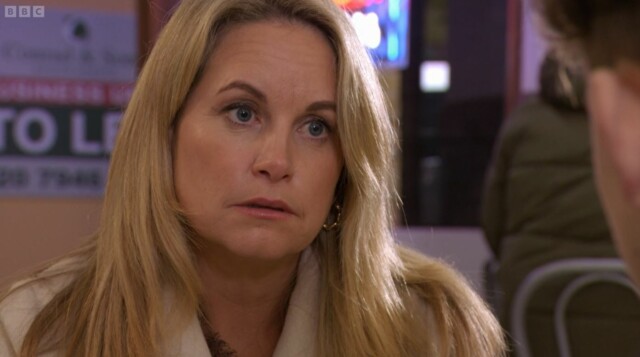 Will Sam abandon her son again?
Did you miss our previous article…
https://hellofaread.com/soap-opera/emmerdale-fans-cheer-on-priya-as-she-goes-head-to-head-with-vicious-leyla-ahead-of-exit/

Prince Andrews daughters Princess Beatrice and Eugene vow to stand by their father during...

Catherine Tyldesley insists her tiny waist is NOT airbrushed and says she works ‘b****y...