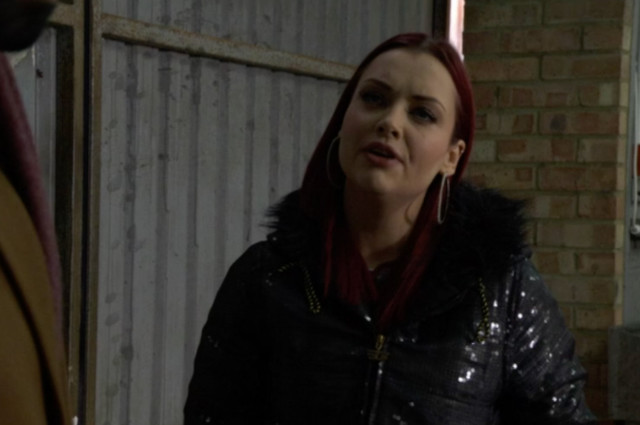 EASTENDERS fans are terrified for Whitney Dean after she decided to take on serial killer Gray Atkins.

The market trader – who is played by actress Shona McGarty in the BBC soap – has become convinced Gray is hiding dark secrets.

She had no firm idea that he has murdered before.

Viewers know he killed his wife Chantelle, barmaid Tina Carter and Whitney’s partner Kush Kazemi during his reign of terror.

But now he is engaged to pregnant Chelsea Fox – and Whitney is determined to save her.

In tonight’s episode she begged Gray’s former boss Laura for help to no end.

She then confronted Kheerat Panesar about his own suspicions about what happened to Chantelle.

But he was no help to her either.

At the end of the episode Chelsea went to speak to Chelsea’s mum Denise as her last throw of the dice.

She warned her: “You can’t let Chelsea marry Gray.

“There’s stuff you don’t know, you’ve got to help me. Help me stop Chelsea making the biggest mistake of her life.”

But viewers are terrified Gray will discover what she’s up to and kill her.

A second said: “Yes Whitney take him down.”

Another added: “If Gray isn’t sussed out this week I’ll lose it.” Did you miss our previous article…
https://www.hellofaread.com/soap-opera/coronation-street-spoilers-amazing-christmas-storyline-for-fiz-and-tyrone-revealed-plus-eastenders-emmerdale-news/

Love Island Jack Fincham at war with his daughter’s mum as they trade furious...

Inside the banned baby names from around the world that will leave you lost...

Chris Hughes screams Im not a c*** in shocking new video of fight with...