WITH Danny Dyer’s exit looming on the horizon, as promised, soap fans are trying to work out how he will leave Walford.

Some EastEnders viewers are speculating that Mick Carter may not leave Albert Square of his own accord – and that he could even die. 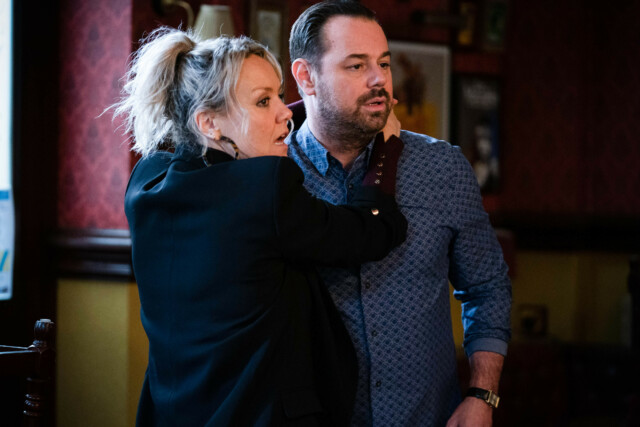 Could Janine Butcher be responsible for his exit?

After nine years filled with drama, secrets and explosive fights, Mick Carter will be leaving the Vic and the Square behind, as announced earlier in 2022.

But how will his exit play out?

A handful of soap fans have taken to a Digital Spy forum to share their theories and, according to them, the iconic character could be killed off – and his partner Janine Butcher could be responsible.

“I still think something will happen that forces Mick to leave, rather than it be his decision”, one viewer penned, adding: “Whether that’s jail or death I can’t decide.”

Another immediately threw the troublemaker’s name into the mix: “I feel like Mick is going to suffer the full wrath of Janine. She won’t be directly responsible for his death but she will pass on an opportunity to save him in what will be deemed an accidental end.”

A third viewer commented: “This is what I feel, I think that Linda and Mick will reconcile, but something will happen to Mick that Janine could have intervened in and he will die.”

“My only problem with that theory is that if Mick dies then surely Lee, Johnny, Nancy and Frankie would all need to return for his funeral, which I just don’t see happening.”

Another soap fan shared an even more elaborate theory, comparing it to Becky Granger’s own exit from Coronation Street.

“Did they not mention that Ricky would be playing a big part in this story? I think he’s going to return for Janine’s birthday in October she will end up confessing everything to him but before he can do anything he’s going to be in an accident and end up with memory loss or in a coma.”

“She’s basically going to keep on digging a hole that’s getting deeper and deeper.”

“So far it reminds of the exit corrie gave Becky Granger years ago, with her feud with Tracy getting out of hand, obviously a role reversal with Mick being the one to leave at the end.”

But while some fans believe Mick Carter could die, others think they’ve found a clue hinting he will not be killed off.

In the meantime, Mick remains unaware that Janine (portrayed by Charlie Brooks) has been scheming against his former wife Linda Carter (Kellie Bright) over him.

She was even willing to leave her for dead after a car accident.

Could Mick find out what she’s been up to and retaliate, despite Janine being pregnant?

Wait and find out on BBC One. 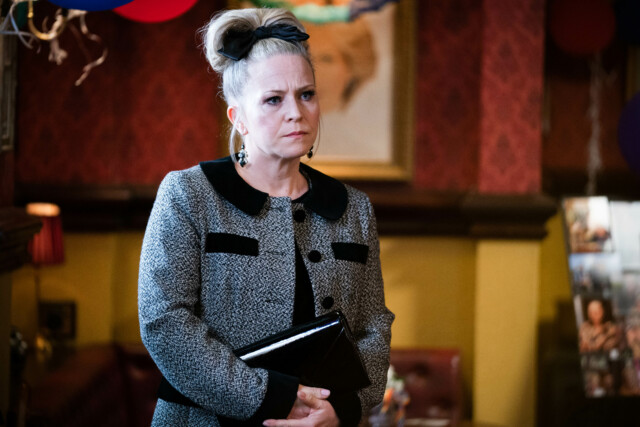 Janine Butcher has been feuding with Linda Carter 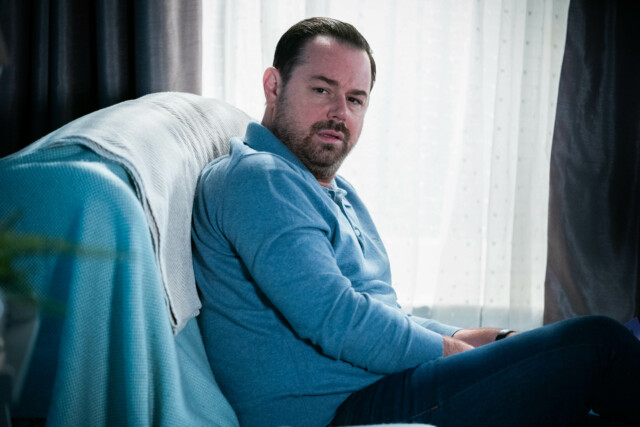 Could the rivalry lead to Mick’s death?

EastEnders star Maisie Smith ‘reveals’ her Strictly partner – but covers his face in...