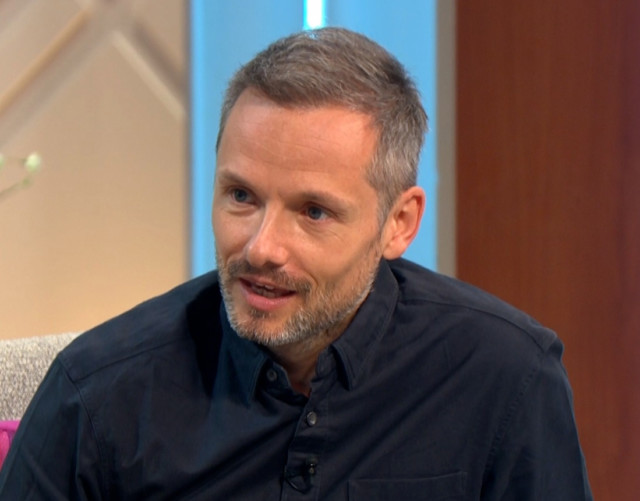 EASTENDERS icon Jack Ryder looked unrecognisable as he appeared on Lorraine today – almost 20 years after his Walford character Jamie Mitchell was killed off.

The 39-year-old star was on the ITV morning show to promote his new children’s book having become a father during lockdown.

Jack welcomed daughter Marnie with partner Ella last year, and opened up about fatherhood as he spoke candidly with Lorraine Kelly.

He shared: “She’s doing great, parenting is a mixed bag – as soon as you think you’ve nailed it something happens.

“But we’re absolutely relishing being parents.”

Jack also reflected on his heartthrob fame, with the hunk becoming a soap poster-boy at 17 when he joined EastEnders in 1998. He was a teen heartthrob

The actor was a fan favourite until he was tragically killed off in 2002.

He admitted: “The fame side was tough to cope with at that time and at that age, but I just kept my head down and got on with the work.”

And Jack is still in touch with many of his former co-stars, including Dean Gaffney and Natalie Cassidy. He also revealed he recently bumped into Steve McFadden, who plays Phil Mitchell, who immediately recognised him.

Jack added: “We are all loosely in touch, we have a lot of fun memories together.”

After EastEnders, Jack spent time acting on stage, before ending up behind the camera directing.

He now writes children’s books in addition to being an esteemed director.

Did you miss our previous article…
https://www.hellofaread.com/soap-opera/coronation-streets-missing-platts-as-gail-leaves-the-cobbles-for-a-new-life-in-thailand/

Emmerdale spoilers: Fans all saying the same thing as they ‘wash hands’ of WHINY...

GCSEs and A-levels in chaos with PARENTS forced to train to invigilate exams over...